A Transgender Mom Becomes Working Mother of the Year

Meghan Stabler describes herself as "just like any other mom, be she single, partnered or married." She says, "I'm planning meals, balancing budgets, figuring out how to encourage my child to enjoy reading, and juggling my schedule to accommodate taking my daughter to the doctor when she's sick." She's a business executive and a human rights advocate. She's also just been named Working Mother's Working Mother of the Year, and as such, she's not just like any other mom. She's a trailblazer. Because she's the first transgender woman to achieve that honor.

The Human Rights Campaign, where Stabler serves on the Board of Directors, announced the news Wednesday, offering congratulations and quoting Working Mother's editorial director Jennifer Owens, who calls her "a true champion."

Writing Wednesday in HuffPo, Stabler both eloquently normalizes her experience as a working parent while pointing out the gender inequity problems in the workforce. "I started my career as a male, and as long as I presented as such, I found that my views and opinions were widely respected," she says. "But since transitioning to my true, authentic self, I've come to recognize the gender-stereotypical male dominance in meetings and work in general, something I never thought about until I was on the receiving end of it. In the modern workplace it's the male alpha dog vs. the bossy female." She writes about the need for mentorship and support at work, and says that "the nation's unconscious bias around both women and the LGBT community needs to be exposed." It's a simple yet expansive message, one that embraces workplace diversity and tolerance for everyone, regardless of gender or orientation. And it's an important plea for understanding the additional challenges that transgender parents face. Writing in HuffPo two years ago, Darby Hickey observed, "I grapple with social forces that demonize me as ill-fit to be a mother because I'm transgender and have an unconventional family, just as they demonized my mom for being a single mother."

Straight, white and male are still the default in the workforce, and straight and cisgender are still the default on the homefront. For Working Mother to, in its choice of honoree, acknowledge the need for a broader understanding of the need for different ways of looking the work and domestic sphere, and to acknowledge that transgender moms are moms too is a beautiful and welcome gesture. It's a sign that, despite the massive amount of work still to be done, the world is getting a bigger, and our view of what makes a family a broader. Which means it's a little bit better place for all of us to raise our kids. 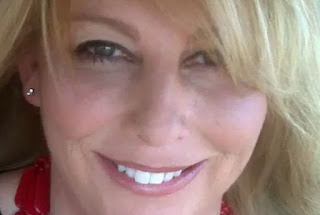 Posted by rhonda's escape at 5:00 AM No comments:

Louisa May Alcott May Have Been Transgender

Little Women author Louisa May Alcott 'may have been transgender or non-binary' and her 1868 book contains 'proof', New York Times article claims

By GEMMA PARRY FOR MAILONLINE
PUBLISHED: 10:20 EST, 27 December 2022
The author of feminist novel Little Women may have been transgender or identified as non-binary, an article by a trans New York Times writer has claimed.

Quoted in the New York Times, Dr Gregory Eiselein says he is 'certain' that the author of the popular novel identified as non-binary, and that she never fit 'a binary sex-gender model'.

The NYT article author, Peyton Thomas - who is a trans man and novelist himself - goes on to claim that Alcott could have even been transgender.

In the opinion piece, Mr Thomas draws on a quote given by Alcott in the early 1880s, where she says:
"I am more than half-persuaded that I am a man's soul, put by some freak of nature into a woman's body".
He writes: 'She may not have known the word "transgender", but she certainly knew the feeling it describes.'
He also draws on her journal entries, in which she wrote: 'I long to be a man,' while in a letter she penned: 'I was born with a boy's nature, 'a boy's spirit' and 'a boy's wrath.'
For decades, academics have shied away from arguing that Alcott was transgender, stating it would be an inappropriate use of the term.
Many have rightly agreed that a woman in that era wanting to be a 'man' is more likely them desiring to be taken more seriously in terms of rank, opportunity, and education - rather than a want to change gender.
Posted by rhonda's escape at 5:00 AM No comments: