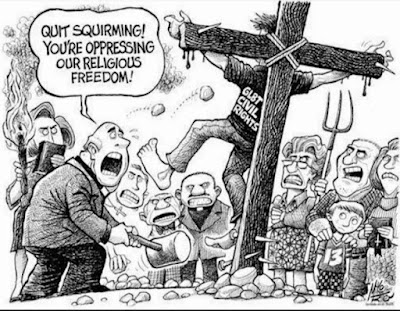 According to Wikipedia, the term identity politics in common usage refers to a tendency of people sharing a particular racial, religious, ethnic, social, or cultural identity to form exclusive political alliances, instead of engaging in traditional broad-based party politics. They promote their particular interests without regard for interests of a larger political group.


The Bill of Rights guarantees that the government can never deprive people in the U.S. of certain fundamental rights including freedom of religion, free speech and the due process of law. The First Amendment to the U.S. Constitution says that everyone in the United States has the right to practice his or her own religion, or no religion at all.

As the ACLU states under the topic WHAT IS RELIGIOUS FREEDOM EXACTLY? -   "Our country's founders -- who were of different religious backgrounds themselves -- knew the best way to protect religious liberty was to keep the government out of religion. So they created the First Amendment -- to guaranteed the separation of church and state. "

I am not religious  and fall under the "No religion at all" column.  It is my opinion that every person has a granted right to worship and believe as they may. That granted right ends when they seek to impose their belief on me by rule of law. Witness, proselytize, preach, and teach all you want. However, I am free to listen, not-listen, join, not-join.

Fundamentalists, under the agenda of  "Identity politics", have influenced the Trump administration’s plan, reported in the New York Times, that would assert that trans people have no legal right in federal law to define their gender as different from their biological sex. Gender is determined by sex and thus is set immutably at conception. The administration’s plan would deny the dysphoria of transgender people. There would be no legal path for us to leave behind our born sex or to present differently in public facilities. And we would no longer be able to claim protection against discrimination on the basis of gender identity under Title IX of the federal civil-rights law.

Life, liberty and the pursuit of Happiness" is a well-known phrase in the United States Declaration of Independence. The phrase gives three examples of the "unalienable rights" which the Declaration says have been given to all humans by their creator, and which governments are created to protect.

My sense of “gender identity”, and the rights linked to it, defines my “self-identification”.  It is personal.  Society has devised rules to protect women and children from the harm caused by men.  Society need to devise a means to protect all from policies and laws that religion would like to impose that are in opposition to broad-based politics.

If we do not speak up, we will see our progress, rights, and freedoms eroded. 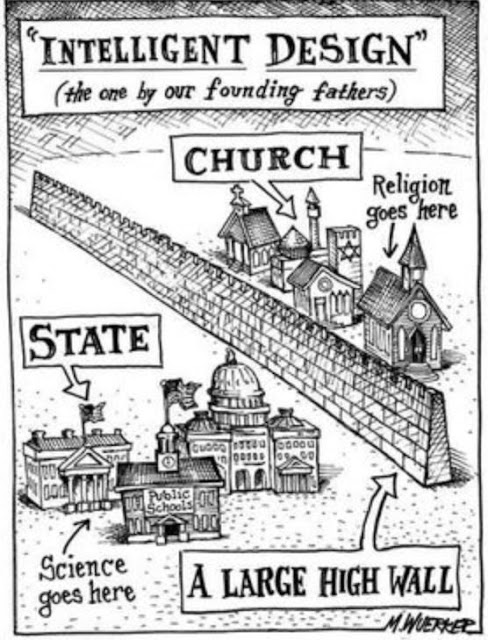 The wall that we really need!
.
Posted by rhonda's escape at 5:00 AM