What Would You Do?

We have all likely seen the ABC show "What Would You Do?".  A recent relevant segment was this:


The clip begins with Jen, a transgender woman, trying on a dress, only to have a woman who works at the store named Ariane respond rudely to her. The employee asks if this is for a "costume," calling the shopper "a drag queen or a transvestite or something." The worker then asks the transgender woman to take the dress off, to not rip it, and that "no one else is going to want to wear it after you've had it on." The employee says there are other customers to take care of — you know, "real women" — and asks the customer, referred to as "sir," to leave.

What would you do If you saw this happen? How would most react?  I believe that all of us would come to the rescue, no matter how we were dressed. I will relate later an instance where this happened to me and what I did. But before, enjoy the whole segment. It is heart warming to see strangers come to our defense. Spoiler alert - A Hug. 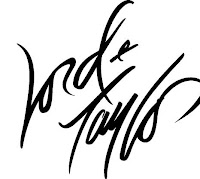 A few years back I was shopping at an upscale Mall in Boca Raton. The store, Lord & Taylor. This was not my first time in this store or that designer department. I loved that store. I had in my hands a beautiful skirt and was about to hold it up to my waist as we all do, to check the length. As I am standing by a mirror I hear the crackle of a radio. "The person shopping is not a woman". I was not exactly sure where the muffled announcement came from but my first instinct was, oh there must be an another transgender person shopping too. Not even thinking it was about me.

Crackle again and this time much louder - "The person by the mirror is not a woman". This time loud enough for the whole department to hear - Maybe the whole first floor. They were surely talking about me!

What would you do? I quietly placed the skirt back on the rack, and exited the store. Embarrassed, dumb struck and near tears. As I drove home I got mad. As soon as I entered my home, I called the store and ask to talk to the store manager. I related what had happened and she was very apologetic. She told me she would investigate the matter and get back. I expected noting.

An hour later she did call back and stated she had scheduled a mandatory "all security" meeting for the next morning and assured me something like this would never happen again.

I was invited to attend this meeting, but not being as brave as I am now, I declined. The store manager did call again later that next day and said that all L&T stores in this district would also be receiving remedial security training and they would never handle an instance like mine that way again. Corporate L&T security had also been advised that this was not a way to treat a customer. A letter would go to all L&T stores.

What I learned is that we have every right to shop, and be ourselves. When treated unfairly - say something, do something. Like in the "What Would You Do?" segment, intolerance is not acceptable.