Breaking Boundaries In Art and More

When Julie Wessels is all dressed up in her heels with a pencil in her hand, she feels the most like herself.

A former Pretoria North resident is making her mark, stepping out as a transgender artist and loving every moment.

When Julie Wessels is all dressed up in her heels with a pencil in her hand, she feels the most like herself.

She has also made sketches of Cathy Heaton, Ryno Mulder and a self-portrait.

A pencil sketch takes Wessels between four to eight hours and sells at a rate of R1 200 per sketch.

Wessels’ favourite media to draw with are pencils. 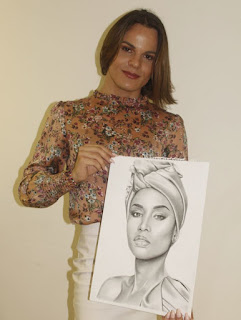 “I have recently started drawing with charcoal, but I am not to fond of the texture. I prefer pencil, it blends much more softly,” she said.

Her pencil sketch of Springbok captain Siya Kolisi sold the very same day she uploaded it to her Facebook art page where she has built up a following of nearly 1 000 people in a short period of time.

On her Facebook page she not only uploads photos of her artwork, but she also makes videos where she explains her artwork.

Wessels also recently came out as transgender and has since February, embraced her new look as she identifies as a woman.

“I was in Grade 3 when I first realized I do not belong in the little boys’ row to the bathroom,” Wessels said.

By the time he was in high school he knew for sure he was gay. By last year November, Wessels confessed to his family and friends that he was transgender and made the full transition by February this year.

“I have never taken offence when people talk about me or make fun of me, because I know who and what I am.”

Wessels giggles now when she looks back at her early sketches as a teenager.

While drawing I always used to get jealous of the woman I drew, why were they allowed to have long hair and wear makeup and earrings? 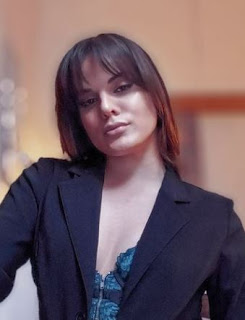 Wessels has now started drawing portraits full time and said she was working on a concept to make sketches for blind people to enjoy.

She is also working on creating a virtual online gallery.

Besides pushing the boundaries in the art world, Wessels plans to take the pageant world by storm.

“I want to be the first transgender woman to participate in Miss South Africa.