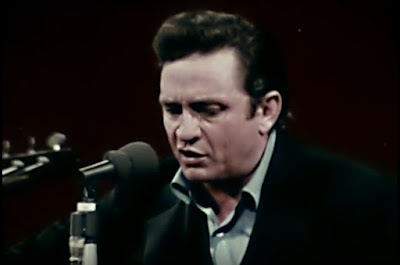 I have considered changing my name. This is a maybe/someday thing. But just in case, I already have all the paperwork done and all I need to do is file at the court house.  When and if I get up enough nerve.  I am fearless but that is a big step. My plan would be to keep my middle name and just change the first name, which I never use to my feminine name, Rhonda.  People will still use the middle name, as always, and it would simplify identification.  Professionally I have always used my first initial, and middle name.  The downside, this is a big complicated step that involves changes at many levels.   I will keep you posted.


We all remember the  Johnny Cash hit "A Boy Named Sue" song.  It was written by the  author/poet/cartoonist Shel Silverstein. " I wrote about Shel a few month back not knowing about the song.  I guess it is likely that Shel being ambiguous enough, had undergone some teasing as a child, so the song.  After more research I found that his song was inspired by his friend Jean Shepherd, the author of A Christmas Story, who was teased as a boy because of his own feminine-sounding name.


So what is in a name - There are some unisex names out there: Jesse, Jamie, Tracy, Jackie, Kelly, etc. But here are ten gentlemen whose names are downright girly. (I'm not including those who purposefully gave themselves female names like Alice Cooper or Marilyn Manson.)

While doing some research, I Googled “famous men with feminine names”  and some very interesting names came up.