This past weekend (Oct 26-28) I had the honor of attending a birthday bash for a very good friend. The event was held in Cleveland, her home town.  She is a patron of the arts; underwriting, producing, supporting cultural events, contributing to the building of theaters and supports a woman's shelter.

Friday evening about 30 of the out-of-town group attended the Pulitzer Prize winning theater production of “Sweat”. The play was at the beautiful and historic Cleveland Playhouse. There was a "before party" with hors d'œuvres and drinks and an "after party" with the whole cast of the play. It was fun to interact and talk about the play with the cast. The play was a heavy drama and we all needed the after party to decompress. A limo bus took us there and picked us up afterward.

Saturday night was the party with about 175 in attendance, representing many aspects of theater and entertainment. We were all there to pay tribute to a wonderful and generous lady. From the previous night, I had already made friends with most of the out-of-town guests, so had lots of people to talk to during the cocktail hour. What an interesting and diverse group.

The singing entertainment for the birthday party was the six-time Tony Award winner, Audra McDonald. She also has two Grammy Awards and an Emmy. Her voice was electrifying.

Not wanting the evening to end we all talked and mingled for another hour and a half in the lobby of the Inn.

While there I visited the Rock and Roll Hall of Fame with Kandi of the Kandi's Land Blog. She has already written about the visit on her blog.  Kandi was a super hostess and we got to do some really fun things. The Rock & Roll Hall of Fame is amazing.

On Saturday morning I visited the Cleveland Museum of Art.  It was fun seeing Kandi interact with a group receiving  volunteer training before we had lunch together. The joy of a meaningful escape was so evident on Kandi's face.  A lovely lady, being herself.
Saturday I also visited the Cleveland Botanical Garden. On Sunday afternoon before heading home I visited a nearby small car/city museum. Much was within walking distance of my historic 1910 boutique inn on the campus of Case Western Reserve University. Who would have thought that Cleveland was such a cultural city with so much to see.

One other note: The TSA checkpoints and my Delta flights were absolutely uneventful; the best kind. What a beautiful total weekend "Escape".  Stay tuned. I will post more photos next week. 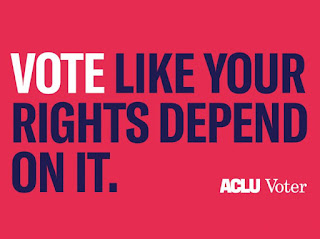