National Be Something Else Day 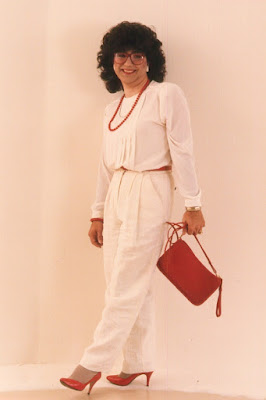 This is national crossdressing day.  A day when we can pretend to be anything we want to be.  Little boys like being a super hero. Little girls like being a princess. Then there is us.

Delia Melody over at Huffpost Voices described it this way.   "I'm not the only one who loves the excuse to play dress-up in public without the weird stares at least once a year. It's fun to pretend to be someone, or something else for a night."

I am not going to rain on a parade so today I will tell you about my first time ever “really dressed” and going out. Something I had only fantasized about doing.  Months of planning - frequenting wig shops, boutiques, and hair salons to get makeup lessons all were part of the plan.  This was a time before electronic spreadsheets, but had they existed I am sure the engineer in me would have prepared a detail plan.  Instead, I had written checklists.

I used Halloween and being out of town to solicit help, an innocent request - “My spouse wants to dress me up – so I want to know what I can look like beforehand.” was my cover story.  It seemed plausible and remember, this was the late 70’s.  I had barley admitted to myself I was a crossdresser and still had delusion that just seeing my self dressed “once” would cure me.  Let’s get this thing out of my system - forever.

Several makeup artists really enjoyed the process, which amazed me.  There was one that was so proud of her work she went to get her husband, that also worked in the mall, to show him her masterpiece.  I think there was a secondary motive in that she wanted to dress him up.  Several insisted that we do it again and next time bring the whole “costume”, so they could see the total look.  Oh darn – must I – If you insist?  After each encounter, I had pages colored in and products in little bottles with numbers that corresponded to the colors on the face sheet.  Revelation One: Makeup was much more complicated and expensive than I ever imagined.

The big day arrived and still out of town, I revisited my favorite make-up artist for the makeover.  She helped me get dressed and WOW.  Revelation Two:  This was not going to be the cure.  I loved the look.  I would date the woman staring back at me from the mirror.  Where can we go?

I had studied and several upscale restaurants were having a costume party so dinner with my newly unnamed friend seemed in order.  Just choose one and go.  So drive I did to one place.  Side note:  As I look back now, going everywhere, anytime and in a variety of outfits, I see that my anxiety was so unfounded.  Note to younger self – Just do it.

I had arrived too early and there was still some daylight.  “I can’t go in yet.”  So I waited for a while - but saw no one else go in wearing a costume.  Cannot go here!  So I drove to the other place.  Now it was dark and I was safe, but there were only a few cars in the lot.  Let’s wait until a few more show up.  After about an hour, waiting in the car, only a few and none in costume. Cannot go here!  So, I drove back to the other place.  Now I did see a few going in wearing a costume and it was dark.   Perfect.

Cannot go in yet!  By now, nerves and anxiety had taken its toll on my makeup.  Therefore, I need a quick trip back to my motel to see if I was still together.  I will come back once I know I still look OK.  After a quick check, I was still together and did return to the restaurant.   It was getting late by now and I was seeing people leaving in costume.  Had I missed my opportunity?

I finally worked up enough courage to go in and sure enough the “costume walk was over”.  Prizes had already been awarded.  The host suggested that I go to the bar where several of the “costumed customers” had congregated for a final drink.  “You look great – who did your makeup” was her comment.  With much fear, I did go and join in at the bar.   I sat down and the bartender asked without hesitation asked" ma’am what can I get you?"  I felt the need to explain everything and his comment – “This is not going to be the last time you do this, is it?”

Revelation Three: No truer statement was ever said.


Happy - National Be Something Else Day 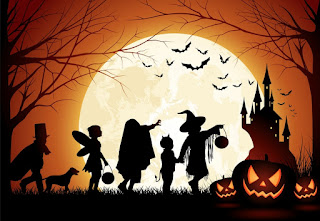