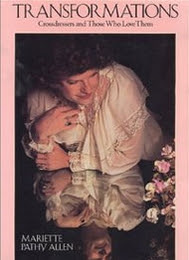 Media outlets – like Time magazine on its 2014 cover featuring Laverne Cox –proclaim that we’re at a “transgender tipping point”, a time of unprecedented visibility for trans people.  There was also a tipping point that occurred in 1990.  Many of us around at that time remember the photo book Transformations by   Mariette Pathy Allen.  On her web site, the book is described this way:


Mariette Pathy Allen has been photographing the transgender community for over 30 years. Through her artistic practice, she has been a pioneering force in gender consciousness, contributing to numerous cultural and academic publications about gender variance and lecturing throughout the globe. Her first book "Transformations: Crossdressers and Those Who Love Them" was groundbreaking in its investigation of a misunderstood community.

If we think back to a time before the internet, where did we find books of information on crossdressing?  There were sleazy adult bookstores or magazine shops and from under the counter in a brown paper bags CD magazines could be bought.  How embarrassing on both fronts.  In the spring of 1990, I was in a Brentano Bookstore located in Horton Plaza, San Diego.  Not only in what what I considered the best of the bookstores, but I was also in an upscale shopping area.  I could not believe what I was seeing.  I proudly purchased a copy.

A coffee table book about cross dressing - Pictures with stories about people like me that cross dressed in their daily life.  They were shown in positive settings; with their spouse, playing with their children, riding a bicycle in a resort setting.  Amazon still has some available (new and used) and describes it as being suitable for schools and libraries.  I still have my copy and treasure it. That book and its mainstream distribution, represented a tipping point.

Today I wanted to introduce the book and the author/photographer in case you have not seen it before.  If you remember it then, a nice blast from the past. Tomorrow I will discuss Mariette - "Friends Friday". 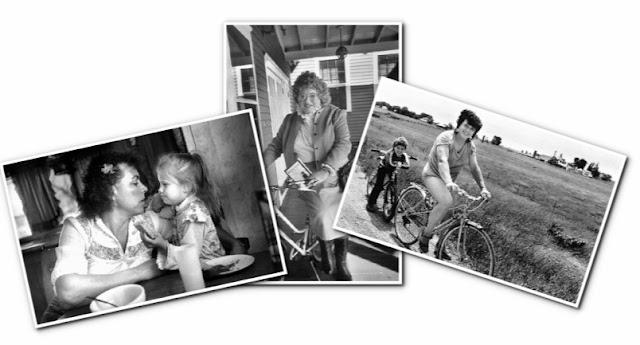 Photos from Transformations: Crossdressers and Those Who Love Them