A Political and National Problem 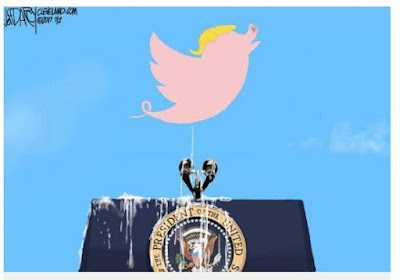 After vowing To fight for "L G B T Q" people, Trump shows his true colors.

President Donald Trump has announced he’s reversing the Pentagon’s 2016 decision to allow transgender people to serve in the U.S. military.

Yesterday, even his one time supporter, Caitlyn Jenner made this comment:

There are 15,000 patriotic transgender Americans in the US military fighting for all of us. What happened to your promise to fight for them?  Caitlyn Jenner July 26, 2017

Supporter or not of transgenders in the military, a lie is a lie. Take a look at the complete NY Times list of Trump's Lies.

Maybe his supporters will finally start to understand, as his deceitfulness become evident to one group after another, he is not to be trusted. We cannot believe anything the says. A political and national problem!
Posted by rhonda's escape at 5:00 AM