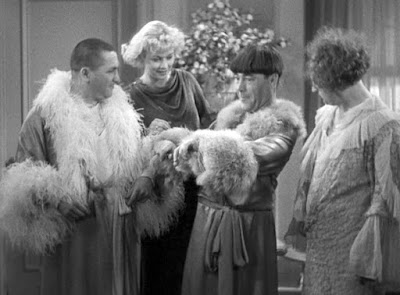 Growing up in my small farming community there were few escapes. Not the “escapes to another gender” which had not fully developed yet, but the dream of being someplace else. Books, study, science all provided a good foundation and yes there was my grandparents new television.

There were three channels representing the three networks. Not like today, much was left up to the local stations to fill the time. One of my local channel provided what they called the “Early Show” from 4:00 pm to 5:30 pm. A movie from the 30’s and 40's featuring gangster, musical or drama fare. Oh, what a wonderful time and brief view outside of my small world. There were elegant ladies dancing/singing and westerns where the good guys always won out in the end. Magic times in black and white.

The time after the movie, from 5:30 to 6:00, was filled with “The Three Stooges”.  I sense the “eye-roll” as you read. According to Wikipedia, there were 190 movie short subject films made that found their way to television starting in 1958. Highbrow humor this was not;  eye-pokes and Curly’s "Certainly, Whoop, Whoop, Whoop, Nyuk, Nyuk, Nyuk".

There was one episode that grabbed me to the core. Larry, Curly and Moe, for some reason, were visiting a woman's home and prior to arriving got caught in the rain. Soaked and standing at the door she invited them in. Very quickly she suggested “let’s get you out of those wet clothes and into something dry".  You know where this goes next!

I remember very pointedly in the next scene all three were dressed very feminine wearing lounging robes, a dress and ladies shoes. If I remember correctly the rest of the story played out with them continuing the ruse as if nothing was out of the ordinary (in Three Stooges style). There was much implausibility now as I think back – Like, why three robes, dresses and shoes in their size. Still, in the mind of a 10-year-old, I was captivated - enthralled.

That had to be at least 60 years ago but I remember as if it was yesterday. And even back then, I thought how lucky, how exciting and how I wished that could be me. 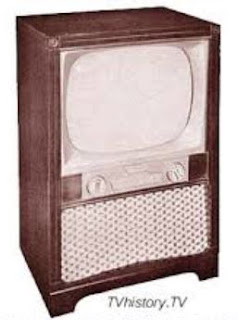