I read with pleasure SKYBIKER posts.  We have similar interest with our love to dress up and to have a motorcycle.  I do not ever remember doing both at the same, although the challenge does exist.

I started riding in 1965 when I shared ownership of a Honda S90. The Honda craze started about the same time with the Beach Boys song, "Little Honda".  What had been a sub-culture was now mainstream and cool. It was not just a motorcycle - it was a Honda. My little Honda S90 would go 55 MPH down hill and I was hooked.  I remember taking my girlfriend to a movie on the Honda and leaving half-way through the movie because riding was more exciting than the movie ever would be.  Plus you could ride all night on 35 cents of gas.

My next bike was a Honda 350; a real motorcycle.  Electric start with lots of power and fun built in. What a classic this bike was. During this period I had  three babies and not much money (one car), so I rode the 350 to work.  My second car. My limits were - not raining and a temperature above 40 degrees (f).  Below 40 I could not put on enough sweaters, gloves, and coats to fight the wind chill.

One of the best engineered bikes ever was my next Honda; a CX550.  It was an engineering marvel with a v-twin, water cooled, shaft driven, 5 star wheels and  huge tires. It only had electric start. The torque was amazing and the CX was the first V-twin motorcycle that Honda ever built. It had a low seat that worked for my short legs.  One side story on this bike - It was the only bike I ever dropped.  It is amazing the strength you can muster when your bike is laying on its side. No real damaged other than the embarrassment of it all.

There is one bike that is in between my two favorites. It was the Kawasaki 750 Vulcan. I was envisioning it was like the KZ1000* that a friend had; wow was I wrong. It had a lot of plastic and a engine that looked like a washing machine.  Twist the gas for power and there was none and corrosion occurred everywhere in just a few months. I did not keep that bike long and purchased a new bike that became my favorite. 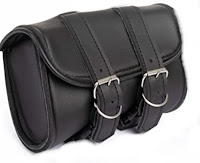 My last bike was as a Suzuki VS750 Intruder.  Wow what a classic profile and look.  Plenty of raw power. Even though it had a traditional chopper look (big tire in back - small tire in front) it was  water cooled, and shaft driven. I added a windshield and a little leather bag hanging off the back.  I guess the "girl" was trying to emerge the best she could. This was the best looking bike I ever owned and I still miss it; gone 10 years now.

I still miss the freedom and thrill of riding. Maybe again?  What was your favorite?