Johnson & Johnson – Shame on you

The following represents my experience, which may or may not be typical. 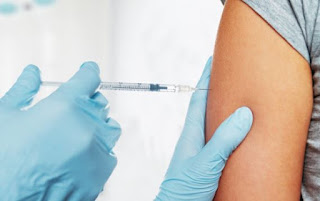 My doctor's office contacted me back in early December and ask If I would like to participate in a clinical trial for a Covid-19 vaccine. At that time no Vaccines were available. I said yes. My biggest concern was that the trial could interfere or prevent me from getting a vaccine in the future when the Emergency Use Authorizations (EUA) were to be granted.

The trial was to be a double-blind trial with 45,000 to 60,000 people around the world either getting the real vaccine or a placebo. This was a phase three trial where safety no longer being the main issue. I was told explicitly that when EUA occurred, if I got a placebo, I would be offered the real deal. This was critical for the rumors were rampant that Moderna and Pfizer-BioNTech were very near EUA.

Being that my age group is so susceptible, I saw this as an opportunity to jump to-the-head of the line.  And yes there was an altruistic side maybe doing my part to get the vaccine into the market ASAP.  This was win-win.

After signing voluminous pages of legal documents (wavers and informed consent) I was given a shot on December 31. Again I question my options on getting a real vaccine when available in the event I received a placebo.  I was assured I could be un-blinded "at will" and get a shot on the open market. Or when J&J received EUA I would be provided a true vaccine, if necessary, and continue in the study.

Disappointingly, my body did not react in any way to the shot I received. After I received the shot I was told I need to check in twice a week (web-app) for any symptoms and visit again the trial office in two weeks.  I complied.

The second visit was accomplished and on the third visit I was given a second shot. A good sign; why would they waste time giving me a second placebo? Most troubling at this visit was that I was hurriedly ask to sign another packet of legal documents. No reason was given and if was to continue in the study this was necessary.  Again, there was no reaction to the shot number two.

Let's backup - Johnson & Johnson has been reeling from bad publicity and needed to do this right to counteract a huge legal settlement.  According to Google:

In May 2020, Johnson & Johnson announced it would discontinue sales of its talc-based baby powder in the US and Canada. The company said it "remains steadfastly confident in the safety of talc-based Johnson's Baby Powder," but said that demand had dropped off in the wake of the lawsuits.

I so looked forward to the peace of mind the vaccine would bring. However, buried in the second modified consent form there was a statement indicating that people who got the placebo might have to wait up to two years to get the vaccine if they got one at all.

This was counter to all assurances provided verbally.

Three weeks after J&J got EUA (February 27, 2021), I requested my status and wanted to be provided the real deal in the event I received a placebo. The risk was to large. One was going to need a vaccine card to travel or enter events.

After a week of calls (one to me at 8:00 pm), I demanded to be un-blinded. I was told I received the placebo.  I was also told, “J&J vaccine would not be providing me a true vaccine.  Go to the open market and get your shot”. After being unsafe for three months with the study, I was now back at the end-of-the-line.

Fortunately and after a lot of persistence, I got the Moderna shot Tuesday evening March 23.

For a company that so desperately needed to get this right, they have left one-half of their 45,000 participants at risk with no hope. What advantage is there to allow participants to needlessly get sick or die; you have the EUA!  The study could continue to study efficacy.  A good thing.

Johnson & Johnson – Shame on you. See also this NY Times article.  My experience mirrored this couple's.

This is how Pfizer handled the issue:
But the debate is far from over. In an October statement, Pfizer said that it “would have an ethical responsibility to inform all study participants about the availability of an emergency authorized vaccine.” The company said it would propose to the F.D.A. that volunteers who got the placebo could get the real vaccine. Amy Rose, a spokeswoman for Pfizer, said this week that its position hadn’t changed.
Posted by rhonda's escape at 5:00 AM