The book I recently finished reading, "It Never Goes Away” by Anne Lauren Koch, discussed the difference between transgender and clinical gender dysphoria. Side note on the book; It is an excellent book that I highly recommend. Once you get past the medical talk and the author's overt financial privilege, the last third of the book is a must-read for anyone considering surgical transition.

Here is my personal take on transgender vs gender dysphoria. 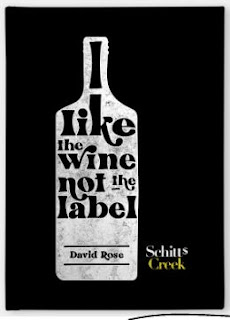 Transgender people have a gender identity or gender expression that differs from the sex that they were assigned at birth.  We all accept that transgender is an umbrella term including transsexuals, transgenderists, those that  cross dress, and anyone transitioning.  Recently gender-queer, non-binary, third-gender, gender non-conformist, and two-spirit have found their place under the transgender umbrella.

The degree to which individuals feel genuine, authentic, and comfortable within their external appearance and accept their genuine identity has been called transgender congruence.  Many transgender people experience gender dysphoria, and some seek medical treatments such as hormone replacement therapy, sex reassignment surgery, or psychotherapy. Not all transgender people desire these treatments, and some cannot undergo them for personal,  financial or medical reasons. (Wikipedia)

I personally am very comfortable with bringing transgender. It has taken me 70+ years to arrive here; better late than never I guess. Today I live a good portion of my life as a female or rather as my gender definition of self.  Most interact with me as female without overt prompting and passing is irrelevant to me. I much prefer acceptance with most interactions occurring as I am perceived. I am way past correcting someone for "mis-gendering". How I present is my prerogative and how they view me, theirs. This is my brand of being transgender.

I have come to understand that not all can compartmentalize being transgender. This became obvious within the two support groups I started years ago. I insisted that the groups be open and accepting to all; not just for those that cross-dress.  At that time most support groups did not accept transsexuals. Through my groups, I had my first exposure to true gender dysphoria.

According to Norman Spack, a founder of the gender clinic at Boston Children’s Hospital:

Gender identity disorder” was dropped from the Diagnostic and Statistical Manual of Mental Disorders, Fifth Edition (DSM-5), U.S. psychiatry’s bible for diagnosing mental illness. A new condition called “gender dysphoria” was added to diagnose and treat those transgender individuals who felt distress at the mismatch between their identities and their bodies. The new diagnosis recognized that a mismatch between one’s birth gender and identity was not necessarily pathological. It shifted the emphasis in treatment from fixing a disorder to resolving distress over the mismatch.

According to Wikipedia, gender dysphoria (GD) is the distress a person feels due to a mismatch between their gender identity and their sex assigned at birth.

The American Psychiatric Association permits a diagnosis of gender dysphoria in adolescents or adults if two or more of the following criteria are experienced for at least six months' duration:

Besides, the condition must be associated with clinically significant distress or impairment. The DSM-5 moved this diagnosis out of the sexual disorders category and into a category of its own. "It shifted the emphasis in treatment from fixing a disorder to resolving distress over the mismatch" (Scientific American)

Going back again to my brand of being transgender.  I am not gendered dysphoric or feel I have gender identity disorder.  I have a family that I love dearly. I want to always be to them, the person they perceive me to be. I have had a successful business career in the male gender that of which I am very proud.  I have never seen my being transgender as incapacitating or sought counseling to cope with being transgender. Neither am I depressed as to a path forward.

I was always put off by the old antidote, “What is the difference between someone that cross-dresses and a transsexual?  Answer: five years.”.  Although knowing at an early age my gender perceptions were different, I grew up accepting my differences as just part of my personality – like dyslexia. I knew that a gender reassignment surgical option was available, growing up when Christine Jorgensen was in the news. I never perceived that a surgical solution was for me; a fix was not necessary. I have always seen my own personal acceptance of “self” as more important.

My transgender sisters that seek surgical solutions, I fully understand that necessity.  For today, I am happy with my personal transgender place under the umbrella.