We Were Never Alone in Our Transgender Journey

Last week T-Central featured two post that gives insight into our rich history.  It is hard to understand where we are today without appreciating those who pioneered our way. They were out and fearless.

Yes, RuPaul, Jim Bailey and Caitlyn Jenner, there were forerunners.

Sue's news and views - A dip in the archives provided detailed links to biographies of Julian Eltinge, a famous transgender entertainer and Vaudeville star from the early 1900's.  The sites are: Los Angeles Public Library (link here), Wikipedia (link here), The Legacy Project (link here). There are a few film clips on YouTube and this documentary sample:

Trans Express - The interaction between doctors and trans people explored in new article on the medicalization of transgender lives sent us to a medical paper written in Oxford Academic. The abstract for this paper starts with this:

This article explores the history of what the German-American endocrinologist Harry Benjamin labeled in 1966, “the transsexual phenomenon.” By mid-century, a growing number of individuals in both Europe and America were approaching physicians such as Benjamin searching for answers and means to change their bodies to match their gender. This phenomenon had started in Europe in the 1930s, when the Danish painter Einar Wegener underwent a series of operations that transformed a body defined at birth as male into the female body of Lili Elbe.

Don't miss reading these two post for the understanding that we were never alone in our transgender journey.

Two very well written post. Thank you both for sharing. 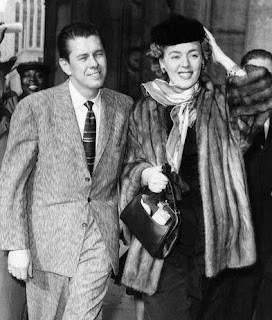 Even better known was the account of Christine Jorgensen [photo above], an American Army veteran seeking a sex change who became an international celebrity in the 1950's