Ivory Aquino is a Filipina-American actress. She is known for portraying transgender activist Cecilia Chung in the 2017 miniseries When We Rise.

Aquino was born in the Philippines. She knew from a very young age that she was transgender, stating in a 2017 interview, "As soon as I was born, I was always a girl; I was just assigned differently at birth."[1] In her mid-teens, she started hormone therapy. She was often bullied at school, but her parents were supportive of her transition.

Ivory Aquino first rose to fame when she played transgender activist Cecilia Chung on the ABC miniseries "When We Rise" (ABC, 2017), but broke even further ground when she publicly came out as transgender herself leading up to the show's premiere. Aquino got her start on stage, where she quickly became an in-demand Shakespearian actress, appearing in New York City productions of the Bard's works. In 2007, she appeared in the short film "Virtue: The Way of the Modern Samurai" (2007), and went on to appear in the shorts "Alien Uprising" (2008), "Konstruksiyon" (2008), "Couch" (2010) and "The Fever and the Fret" (2016). 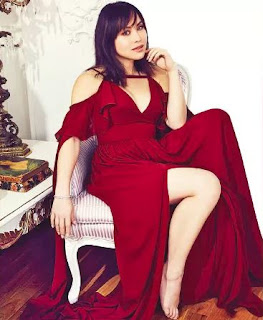 Aquino's big break came when she landed the role of transgender activist Cecilia Chung on the ABC miniseries "When We Rise" (ABC, 2017), written and directed by the Oscar-winning screenwriter Dustin Lance Black, based on the memoirs of gay rights activist Cleve Jones. In January of 2017, Aquino made headlines when she came out as transgender during an interview with People magazine. The news was mostly met with encouragement and praise, with Aquino now being lauded for her bravery as well as her acting skills. (Rotten Tomatoes)