I am going to address a touchy subject and dare to ask: "What is the problem with the transgender label and being proud to be transgender?" Many see the term transgender as problematic simply because it is a label. Nonacceptance can run deep.

If your feminine identity has a name, ventures out in the general population,  socially interacts, has friends and has an outside activity level - Are you still just a cross-dresser?

From the first time ever I put on a piece of the opposite gender’s clothing, I assumed I was a cross-dresser although too young to understand that the behavior had a name. I knew it to be temporary, aberrant but repeatable. My motivation: I enjoyed it, despite the guilt. I was entranced by the feminine feelings and image.

Later, I justified my actions by telling myself it was just an activity (cross-dressing). It was a private and secret action. There was no need for anyone else to know. It ran no deeper than the occasional trip down Feminine Lane.

Cross-dressing for me was an action that provided a simple release of pent-up tension. When career, family, financial pressures overwhelmed, I saw cross-dressing as a temporary way to be completely distracted. An action very much like a long run/swim; private and internally satisfying. A temporary escape.

Denial ran deep and I saw my action of cross-dressing as a non-shareable, private aspect of my life; something I loved and hated. I internalized that if anyone knew I would no longer be respected or loved. In spite of this self-loathing, I would see a well-dressed woman and would try to visualize how that outfit would look. I would shop vicariously and the female members of my family were provided beautiful gifts. 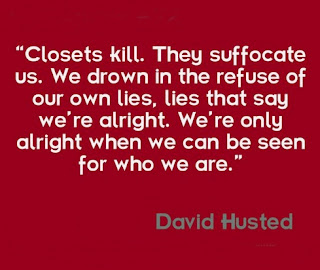 Finally, I did escape using Halloween as the opportune vehicle. It did not have to be Halloween - Arbor day would have worked just as well; it was time. My motivation was to express a component of my personality that had been denied/suppressed. Justification - This would be a one-time event.

In retrospect, I knew that this was not going to be a one-time event. The most important takeaway from that first outing, the female identity, yet unnamed, was not a costume.  She longed for acceptance.

I believe that once you cross the proverbial "threshold" and express your inner/second/real self (your designation), you cease being just a cross-dresser. Your motivation is now a matter of expressing or making known one's thoughts or feelings. Can you really deny the intrinsic female feelings and your need for expressing these feelings?  Why else would you do it? 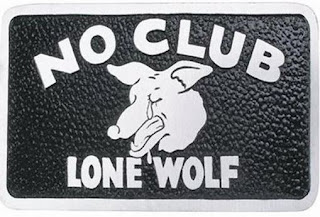 So look at what motivates you to be gender variant. Be honest - Are you still just cross-dressing?

I proudly embrace the label "TRANSGENDER".  It makes me part of the LGBTQA group/family. As a group we can work together to foster understanding and enhance acceptance.  My pride now makes me "not alone" in an activity that I once wanted to hide.