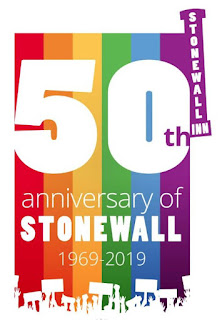 The Stonewall riots (also referred to as the Stonewall uprising or the Stonewall rebellion) were a series of spontaneous, violent demonstrations by members of the gay (LGBT) community against a police raid that took place in the early morning hours of June 28, 1969, at the Stonewall Inn in the Greenwich Village neighborhood of Manhattan, New York City. They are widely considered to constitute the most important event leading to the gay liberation movement and the modern fight for LGBT rights in the United States. Wikipedia

Trans people were on the front line that night as demonstration took hold.  What has changed - The Stonewall Inn is on the list of National Landmarks and many celebrate 50 years of being out of the closet with Pride.

Also the two transgender activists Marsha P. Johnson and Sylvia Rivera are getting a monument in New York. Both key figures in the gay liberation movement (LGBTQ), will be honored with a permanent installation in Greenwich Village. The city says it will be one of the world’s first such dedications to transgender people, and is expected to be completed by the end of 2021.

Despite six days of rioting, not one person was killed there in 1969. And yet a lot of transgender blood, as well as tears, have been spilled in the 50 years that have elapsed since the Stonewall Riots. Five decades of fighting to be safe and counted as equals.

Still, challenges to trans existence are popping up in legislatures across the country, and the Trump administration has engaged in an all effort to reverse any and all progress.

In the face of adversity, we must continue the fight.  The National Center for Transgender Equality puts it beautifully:

Millions of transgender people wake up every day and step into an uncertain world. This is the most common trait shared by transgender people: A strength and resilience for hard and difficult times. If this administration is hoping to demoralize us, they will be disappointed. If they are hoping we will give up, they should reconsider the power of our persistence and our fury. 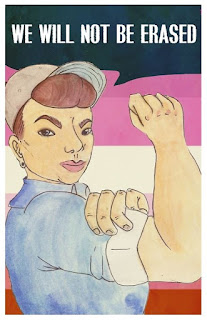