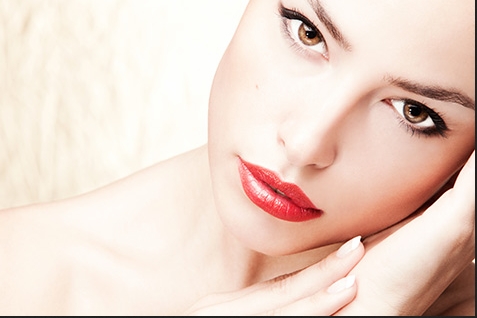 When you ask people about femininity, many people cannot really describe the features that create a feminine appearance. However, if you ask a plastic surgeon, the answers are quite astonishing. Here are some of the facial features that make people appear feminine.

If you compare a traditionally male face with a traditionally feminine one, the first thing you are likely to notice is the difference in contours. Whereas a man typically has a sharper, more defined bone structure, women have rounder edges in their cheeks, their jawlines, and even their chins. When we look at a face to determine whether or not it is feminine, these are often the characteristics we notice – even if we cannot readily describe them.


By nature, women have larger (and somewhat higher) cheekbones than their male counterparts. The larger cheekbones reflect more light, which in turn makes the eyes appear lighter and brighter. What’s more, women’s brow ridges are generally much smaller than those of their male counterparts, so unlike men, they do not have a built-in “solar visor” of sorts to prevent light from reaching their cheekbones. As for their mouths, women tend to have shorter upper lips, so more light can reflect from their teeth and truly light up their smiles. Men, on the other hand, tend to have longer upper lips and get less reflection.


Creating a Feminine Face in Surgery

Thanks to pioneers in the plastic surgery industry, there are now several techniques that surgeons use to create a more feminine face. For the most part, they focus on reshaping and contouring the face in such a way that it changes the way light reflects on the upper cheeks and lips. Surgeons will usually raise the eyebrows, plump the cheeks, reduce the chin, and reduce the size of the Adam’s apple to provide a more feminine appearance. In some cases, surgeons will also reduce the size of the nose to help light reach the upper lip area, which is crucial for femininity.

Those who are interested in feminization can try on a new look without painful invasive surgery, too. In fact, facial fillers delivered via injection can offer something of a preview for those who are still considering a full feminization surgery. There are several fillers approved for filling in the cheek area via injection, and many of these same fillers can also plump up the lips and provide the illusion of a shortened upper lip area. Although the results are mild at best when compared to those that surgeons can obtain through actual surgery, and the results are far from permanent, they do provide some insight to patients on how they will look following their surgeries.

By taking the time to understand the features that make a face look feminine, it is easier to understand how plastic surgeons can create more feminine features on the operating table. Although it takes skill, precision, and experience, it is possible to sculpt femininity from masculinity.


Note: Vartan is my doctor, business associate, and friend.