I had written in a previous post about jazz artist, Norm Kubrin and last evening I attended a memorial for a good friend.   Yesterday would have been his birthday.  He was an artist that played at many of the Palm Beach Piano Guild Concerts and it was there I got to know him.  He was the resident pianist at many of Palm Beach finest hotels and clubs.   Rhonda, as a photographer did all three of of his CD covers.  This was what was written recently:

Accomplished jazz pianist and performer, Norman Kubrin of Lake Worth, who played jazz piano at the Polo Room at The Colony, died on Saturday, Dec. 5, 2015. He was 73. Norm was born in New York City on February 22, 1942. His talent was discovered as a 2-year-old in nursery school when he played an entire melody on a piano for his teacher. From that young age, his parents supported his talents by purchasing a piano, but he was never professionally trained. He said, "I learned to play by listening to others and then I just repeated it back." As a teenager, Norm won the Ted Mack Amateur Hour contest playing in a Dixieland band at Radio City Music Hall. In the years that followed, Norm received an honor reserved for very few musicians; he became the resident artist at the Waldorf Astoria's Peacock Alley and played on Cole Porter's original piano. He also was a regular at Jilly's in New York where he accompanied many famous musicians and singers of the 60's and 70's.


Last evening about 150 of his friends and family gathered at the Palm Beach Colony Hotel where Norm had played to celebrate his gift to all of us.  Do listen to the above video and enjoy his wonderful talent. 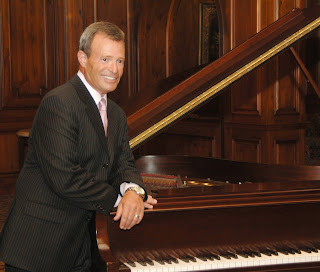 Photo from one of his CD