The United States of America is an amazing accomplishment. A nation of common goals that spans an entire continent. Founded by a group of men that were not only courageous, risking everything, but were intelligent and forward thinking. They collectively drew from history and created a constitutional system that balanced itself and could adapt to changes. No one person or political force would be above the law.

America had missteps, slavery being one. It had to go through an internal convulsion to start the process of eradicating slavery and to balance the authority of the states over the central government. Were we going to be a united or a fractured collection of states not unlike the European Union of today?  A strong leader held the union together, thus highlighting the importance of having a wise leader.

Always knowing its strength, America had the potential to be a world leader.  As it grew and matured; it assumed that role. A great depression caused by faulty financial restraints and greed spread worldwide. Emerging from that took years and taught lessons. Rebuild we did.

Next, a great and strong America sent the message to the world that its people could self-govern, self-regulate and were willing to work to overcome bias and violence; the turbulent 1960's. During that emerging period after World War II, everything about America was the envy of the world; great doctors, great universities, great scientists,, great politicians and great jeans. We set goals like “Go to the moon.” and did it. The world watched in awe and saw America as the leader. 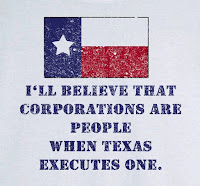 With the case Citizens United vs FEC in 2010 and the emergence of dark money campaign funding something went very wrong. The politicians ceased caring about the people and started representing organizations and wealthy individual that provided the most money. 'Dark money' is contributions funneled into nonprofits organizations that are not required to disclose their donors. Many of these nonprofits are established for the sole purpose of political influence and shielding influence buying.

This is pure unadulterated bribery. One need look no further than the NRA to understand the impact of the Citizens United decision. An organization that bribes politicians in opposition to what the majority of the American voting public desires. The NRA/special interest wins - the people loose.

President Obama stated in his January 27, 2010 State of the Union Address:

Last week, the Supreme Court reversed a century of law to open the floodgates for special interests – including foreign corporations – to spend without limit in our elections. Well, I don't think American elections should be bankrolled by America's most powerful interests, or worse, by foreign entities.

This has provided the impetus for what I believe will be known in history as the “Great Mistake”; the election of Donald Trump. Weak political parties, both pandering only to special interests could not effectively find a respectable candidate. As in pre-World War II Germany, someone stepped forward to scare and pander to a significant minority, fed up with corruption and an ineffective government. Trump was likely elected with the help of a foreign enemy that wanted nothing more than to fracture and weaken the "American accomplishment".

We are now in a position where we have a clown as president. Donald Trump is certainly a fool. He seems to be a criminal, and I suspect he is the first US president who has no interest but his own in anything he does. He circumvents America’s best interest by settling political vendettas by not honoring treaties and pandering to an uneducated/uncaring base. Trump will likely be charged with obstruction of justice - the second time in American history that this has happened.

America must wake up and see the danger. A slight semblance of balance can be restored in the mid-term elections coming up in November (’18). A currently ineffective Democratic party must find a leader, not owned by special interest or trained by previous actions. There is none at this time. That person must discover a middle ground between socialism and extreme liberalism. Most Americans identify as moderate - somewhat liberal and conservative as do I.

If Trump is re-elected in 2020, and/or the Democrats sink to similar tactics to fight him, the future is bleak. Trump is unraveling nearly 250 years of evolved democratic progress. He is acting as if he has absolute authority. Ego precludes common sense and the best interests of the nation. He is undermining established institutions, the law and is handpicking a supreme court to validate his outlandish actions. E.g. "I can pardon myself."

The collective fault that history will note for America will be the continued support of Trump and his party. This after clear evidence of crimes and possible collusion with a known enemy of America. Also, the undermining of journalistic free speech and the constant promotion of known untruths.  AKA - "Alternate facts".

America will become irrelevant as it loses its standing as an economic and social power. Countries like China will fill the void. The positive influence that is represented in intelligent/democratic leadership will be lost. This will do long-term harm to the world.  "The great American Accomplishment" will become irrelevant.

If you ever thought your vote and opinion did not matter, think again. 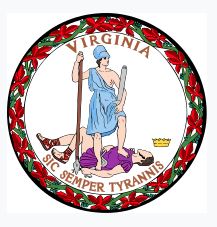