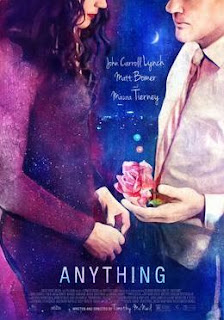 I want to mention the movie "Anything" again.  I finally got to see it Saturday evening, streaming it through my Amazon Prime subscription account. It is a beautiful, sweet love story. Let me highlight the plot:


Early Landry (played by actor John Carroll Lynch) is a Mississippi widower reeling from the recent death of his wife. After a suicide attempt, he relocates to Los Angeles to be closer to his overprotective but well-intention sister, Laurette (Maura Tierney), and her family. He soon moves into an apartment of his own. In time, he is both equally intimidated and charmed by his Hollywood neighbors, especially Freda Von Rhenburg (Matt Bomer), a transgender sex worker. Before long, Early and Freda bond over their shared loneliness and past traumas, sparking a friendship and, eventually, a tentative romance. 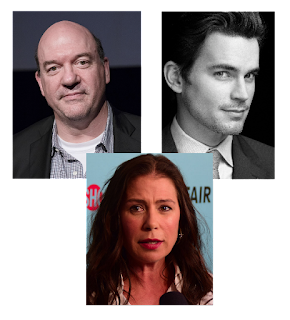 The Film's producer is Mark Ruffalo and according to IndieWire, "The film’s first trailer plays up an overriding message of love and acceptance, the same one echoed by associate producer Kylene K. Steele, herself a transgender woman who helped guide the production."

My note: The transgender character is played well by Matt Bomer. He is not playing an over the top drag character and has a shared trauma with Early. The two bond beautifully, do help each other and find solace; their own definition of love. No part of the story is portrayed in a crude or clumsy manner. You will love the ending of "Anything".

Well worth watching, even in mixed (non-transgender) company.