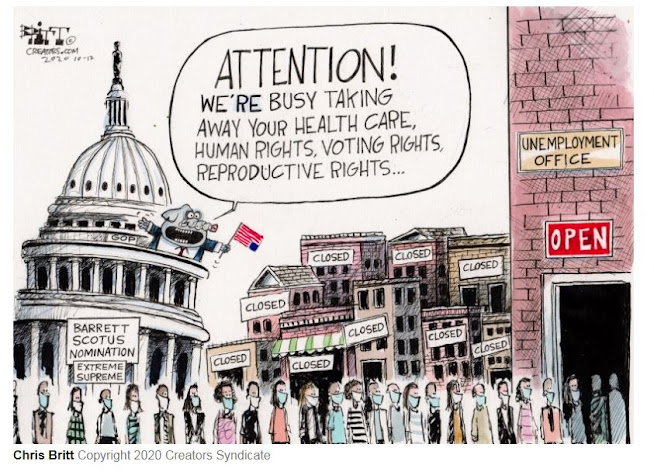 “End our national crisis” the Times pleaded with voters to oust the president, adding that Trump’s reelection campaign “poses the greatest threat to American democracy since World War II.” 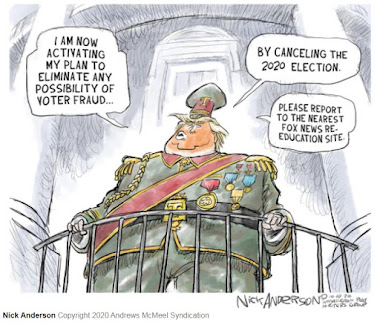 Trump “cannot solve the nation’s pressing problems because he is the nation’s most pressing problem,” the newspaper flatly said. “He is a racist demagogue presiding over an increasingly diverse country; an isolationist in an interconnected world; a showman forever boasting about things he has never done, and promising to do things he never will.

The editorial is part of a special package in the Times’ Sunday Review section that also features a series of accompanying essays about Trump’s corruption, his COVID-19 “superspreader agenda,” his “fake populism,” his racism, and his attacks on the environment, immigration and on the rights of people of color, women and the LGBTQ community. 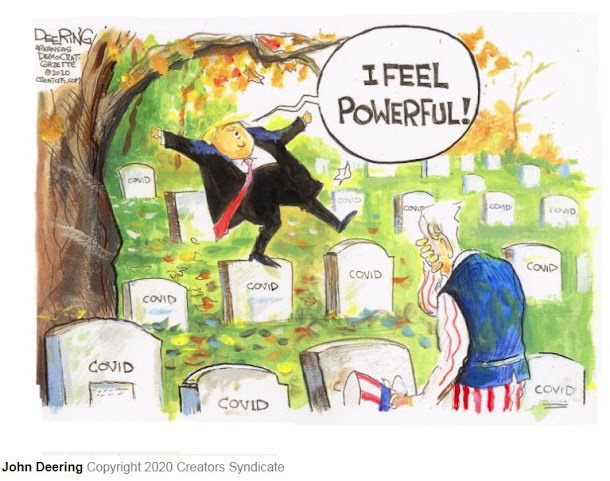 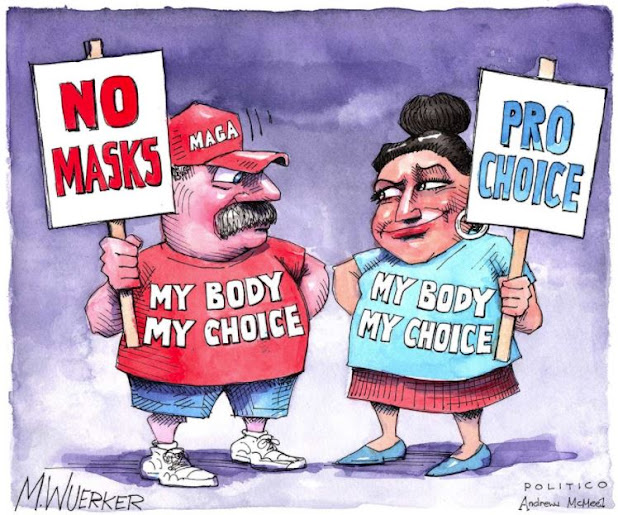 Politico - Political cartoons from the desk of Matt Wuerker.