Age Has Nothing To Do With It...

How It Feels To Transition Later In Life

In September 2018 I wrote about Ruth Rose. Here is a followup from The Guardian. 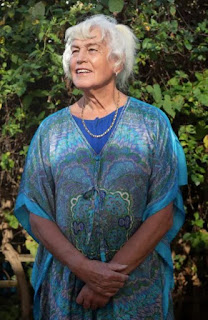 Ruth transitioned at 81, Ramses in his late 40s, and Bethan, at 57, is about to have surgery. Meet the trans baby boomers

Early in October, Ruth Rose went on holiday to Corfu with a group of female friends she had known for years. They swam in the sea every day, making the most of the late summer sunshine. On the last morning before flying home to England, the women took one last swim and skinny-dipped so as not to have to pack their costumes away wet.

Such adventures would once have been unthinkable for Rose. But the surgery she underwent at the age of 81 has opened doors she would never have thought possible. “In some ways it’s like having new hips after being told you would be condemned to arthritis for the rest of your life,” she says. “You do it, and life begins again. And that’s what happened to me. Age has nothing to do with it.”

When we read about people transitioning gender, the focus is often on teenagers; in an emotive debate about access to school changing rooms and Guides camping trips, older trans people are rendered almost invisible. Yet there are more than five times as many adult as child gender identity patients in the UK. Some are now having gender reassignment surgery not just in late middle age, but well into retirement.

The numbers remain tiny, but they are rising; according to the NHS, 75 people aged between 61 and 71 had gender reassignment operations in the seven years to 2015-16, and that’s not counting people who quietly transition without surgery. These trans baby boomers are now beginning to challenge received ideas not just about gender but age, and the capacity of older people to live bold, adventurous lives. “I think people need to learn quite fast that older people no longer all fit the white-haired granny stereotype,” says Jane Vass, the head of public policy at Age UK. The charity recently published advice to older people who are transitioning, covering everything from the impact on state pension ages to what to write on death certificates.

“If it was ever true that older people were all the same, it’s certainly not now. And yet we still seem to respond as a society to a very narrow view of what ageing is,” adds Vass. Later life is full of changes, she points out, from the end of a career to the death of a spouse. Why wouldn’t it also be a time in which people embrace opportunities denied them in the past, before it’s too late?

It’s perhaps only now that many older people feel comfortable coming out, having grown up in a time when being trans was so steeped in shame and silence that many couldn’t even put a name to what they felt. “I remember as a child thinking, am I unique? Am I strangely perverted?” says Christine Burns, the 64-year-old trans activist and author of the social history Trans Britain: Our Journey From The Shadows. It was only in the 1960s, when the Sunday People newspaper began salaciously to out trans people – most famously the Vogue model April Ashley – that she understood she was not alone. “To see those stories, egregious as they were, helped in a sense. I always say that, on that Sunday morning, I learned there was a name for people like me, but also that it was worse than I feared.”

Half a century on, trans people undoubtedly still experience stigma and discrimination. Fierce debate about proposed changes to the Gender Recognition Act, which could enable people to identify themselves as trans rather than going through a drawn-out process of medical and psychiatric assessment, has turned trans acceptance into a political football. But for those raised in an era when men could be arrested just for wearing women’s clothes in public, the thaw in public attitudes is still striking. “When I first came out [in the 1970s], I got reported to the police and my employer, for being in charge of a company vehicle dressed as a woman,” recalls Jenny-Anne Bishop, the chair of the support group Trans Forum, who had gender reassignment surgery at the age of 59. “Now I’m as likely to have lunch with the chief constable to discuss hate crime reporting. It’s changed that much.”

Read more of this very interesting article in the Guardian.