The assault on the Constitution has begun. The reason unbridled political gain.

We Floridians now have a front-row-seat as to what a De Santis presidential reign would look like. De Santos is playing to a uneducated and unformed consticinary as to transgender rights / needs; simply to garner political points. He will do anything and say anything to further his political ambitions, constitution be damned. As voters we have just a little over two years to expose this Republican demagogue for what he is and protect the republic as we know it. He wants to be president.

Here is an informative article from Vox.com: 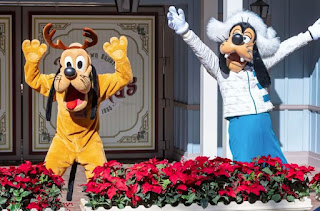 At the urging of Republican Gov. Ron DeSantis, the Florida legislature voted this week to punish one of the world’s biggest producers of entertainment and pop culture, because DeSantis and his fellow Florida Republicans disagreed with that producer’s First Amendment-protected speech. DeSantis signed the bill into law on Friday.

Florida’s decision to strip a government benefit from Disney because, in DeSantis’ words, Disney expressed “woke” opinions and “tried to attack me to advance their woke agenda,” is unconstitutional. And it’s not a close case.

On Wednesday 4/20/2022, he [DeSantis] sent a fundraising email to supporters where he denounced Disney for being “woke” and for criticizing him personally.  [His true motivation exposed.]

The email was explicit that DeSantis wants to punish Disney for its political views and because the governor believes that Disney is too close to the opposition party. “Disney and other woke corporations won’t get away with peddling their unchecked pressure campaigns any longer,” DeSantis said in his email. “If we want to keep the Democrat machine and their corporate lapdogs accountable, we have to stand together now.”

As the Supreme Court said in Hartman v. Moore (2006), “official reprisal for protected speech ‘offends the Constitution [because] it threatens to inhibit exercise of the protected right.’” Nor does it matter how the government retaliates against a person or business who expresses an opinion that the government does not like — any official retaliation against someone because they engaged in First Amendment-protected speech is unconstitutional.

The conflict between DeSantis and Disney arose after Disney denounced Florida’s “Don’t Say Gay” law, an unconstitutional law which allows parents to sue their local school district if topics such as sexual orientation or gender identity are mentioned in the classroom. The law is unconstitutional because it is so vaguely drafted that teachers cannot determine what kinds of instruction are permitted and what kinds are forbidden — although it remains to be seen whether a federal judiciary dominated by Republican appointees will strike the law down.