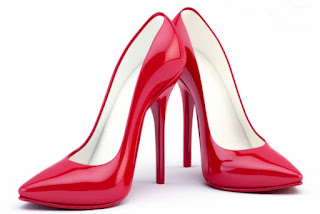 I am sure that my political views have angered some on the right and uncomfortably forced others to think.
When I post on shoes, panties, or bras my views go through the roof; 1,000s per day. I post about the Republican right-wing zealots taking away transgender children's ability to seek counseling or Republican Governors silencing school counselors / teachers from discussing the subject "gay/gender", 139 views.

Now they have come for us. New target, same hate - Bully the transgenders. This one we can win.

Do you see a pattern here.  We must became advocates. 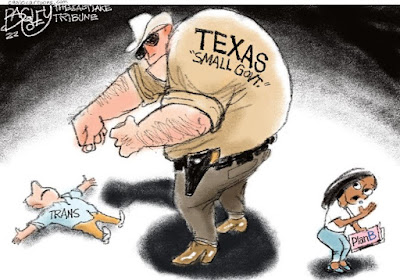 The Republicans are now empowered by diluting your voting rights through redistricting, intimidation (threats of insurrection, voting police), and outright lies. Legislation has been blocked that would have protected voting rights.

There is such weakness in the current Democratic President and Vice-president that the Republicans (a minority party) will likely take control of all three branches of the government by 2024. Is it a democracy if a single party/ideology controls everything governmental?

According to the Encyclopedia Britannica:

There have been three [modern] historical forms of the single-party system: communist, fascist, and that found in less-developed countries [dictatorships].

This will happen so fast few will realize the long-term consequences. The far-right will be happy that their “hot buttons” issues are all taken care of; abortion outlawed, transgenders become invisible, repeal of the Civil Rights Act, delegitimize gay marriage. Most will not realize they have given up "The American Republic*" in the process. Much like the frog in the cooking pot by the time most understand what is happening – too late. 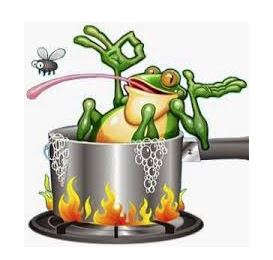 Read what a retired journalist and former Republican state legislator has to say: "Power-hungry party has lost its way".

There is an ever-so-faint cry from the outreaches; "Re-elect no one", "term-limits". Although, this solution may be too late when elections are challenged or not accepted as real.

In 2010 Florida passed (state-wide referendum) "Constitutional Amendment 6". It mandated that redistricting had to be along "feasible" and use "city, county and geographical boundaries". The Florida state legislature (republican majority) just completely ignored the amendment. The Republican majority State Supreme Court as well the Florida's Republican State Attorney General are ignoring the amendment. Sadly, this may be the future of the US Constitution.    See also - "Ron DeSantis is drawing Democrats out of the equation in Florida"

Do you care? Are you going quietly into the proverbial sunset, vicariously living your life through other bloggers' escapes, or are you going to live a real-life with no hiding / regrets?  A life where you are an advocate and speak truth to power. Our human rights are at stake!  All human rights are at stake! And, maybe save the republic in the process.  It is not to late.

Are you at least, MAD?