Nothing, and I mean nothing, could have prepared me for what it means to be a woman in New York City, in the 21st century.

Abby Chava Stein (born October 1, 1991) is an American transgender author, activist blogger, model, speaker, and rabbi. She is the first openly transgender woman raised in a Hasidic community, and is a direct descendant of Hasidic Judaism's founder, the Baal Shem Tov. In 2015, she founded the first support group nationwide for trans people of Orthodox Jewish background.

Stein is also the first woman, and the first openly transgender woman, to have been ordained by an Orthodox Judaism institution, having received her rabbinical degree in 2011, before coming out as transgender. Though Stein did not work as a rabbi after leaving Orthodox Judaism until at least 2016, by 2020, she had re-embraced her title as rabbi, and currently works in many capacities as a rabbi.In 2018, she co-founded Sacred Space, a multi-faith project "which celebrates women and non-binary people of all faith traditions"

In November 2015, Stein made headlines when she came out on her blog as transgender, and started physical transition. She was featured in some major media outlets, including The New York Times, the New York Post, New York Magazine, NBC, the Daily Dot, and more. She has also appeared on CNN, Fox News, HuffPost Live, and Vice Canada. Stein also appeared on a number of international TV networks,[c] and in numerous international newspapers and magazines in over 20 different languages. 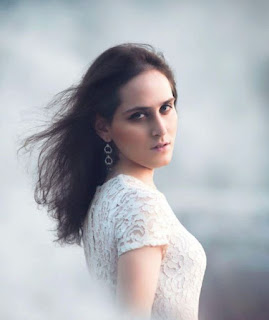 When Stein left her community in 2012 and came out as an atheist, her parents said that no matter Stein's choices in life, she would remain their child; however, after coming out as trans, her father told her that, "You should know that this means I might not be able to talk to you ever again." Since then, her parents have shunned her, and stopped talking to her altogether. She has also received some hate from her former community, though in an interview with Chasing News (a Fox News Short film company), Stein said that she received less hate than some people would have expected. She described her life post-transition as "better than I could have ever imagined".

Stein was featured in the 2016 Showtime Documentary series, Dark Net, in episode 8, "Revolt".

Read also the Glamour article: ‘I Was Raised a Hasidic Man. When I Came Out as a Woman, the Sexism Shocked Me’