Legal expert lays out 5 factors that would nail Trump

My Note: In case you missed this interview on MSNBC this morning I am going to include the link and content.  This is serious stuff and the points are clear; We all watched in horror as the event unfolded. .Now we are learning what happened inside the White House. I broke out the five points for clarity.

What is the definition of treason in the United States?

(Article III, Section 3, Clause 1) Treason against the United States, shall consist only in levying War against them, or in adhering to their Enemies, giving them Aid and Comfort. No Person shall be convicted of Treason unless on the testimony of two Witnesses to the same overt Act, or on Confession in open Court.

During an appearance on MSNBC on Sunday morning with host Katie Phang, former federal prosecutor Glenn Kirschner explained that there is more than enough evidence for the Department of Justice to charge Donald Trump with treason.

Going well beyond calls for the former president to be charged with criminal conspiracy as many legal experts have called for, Kirschner said there is ample evidence that Trump "declared war" on the U.S.

"You said he's guilty. Donald Trump is guilty of treason. Some people have said maybe that's a little too far to, Glenn. Tell us why it's not," host Phang prompted. 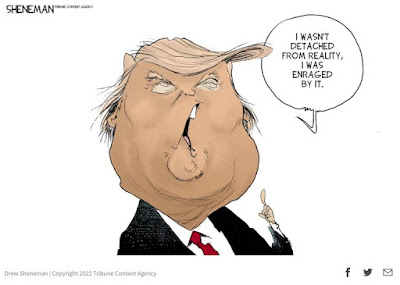 "Katie, if what I just described is not levying war against the United States, against the democratic process, then what is?"