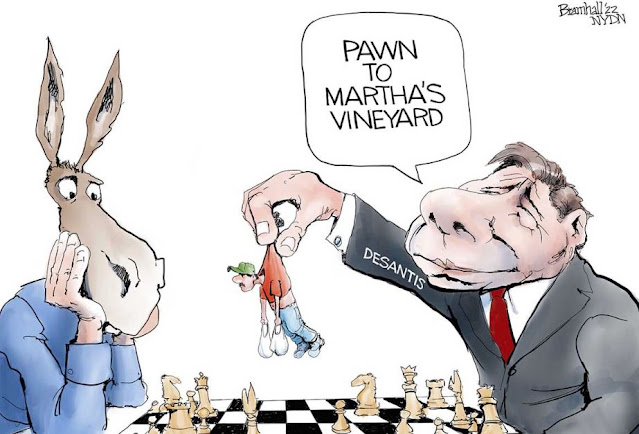 Daring to exploit exhausted and traumatized immigrants — children among them — as human pawns in a political game would terrify a normal politician. No matter your views on immigration policy, imagine being treated as political refuse that’s dumped to own the libs. Pulling a stunt like this required the heart of a reptile and the ambition of a Genghis Khan, although the comparison might be unfair to skinks and geckos, which feed primarily on insects, fruit and the occasional mouse. That DeSantis performed his cruelty on migrants not even residing in his state tells you all you need to gauge his status as a scoundrel. It’s hard to decide which horrifies most, that DeSantis, Yale undergraduate, Harvard law, U.S. Navy, would squat this low or that he thought it would charm his followers.
DeSantis’ antics can’t be dismissed as mere political entertainment. As the Cato Institute’s Will Duffield recently wrote, using state power to bully people or corporations for exercising their free speech rights soils the First Amendment.... .He wants to instill a deep and pervasive fear of his wrath. You’re Disney, speaking out? He knows how to make it hurt. You want to establish vaccination guidelines for your non-profit, as the Special Olympics did? He’ll threaten to defund you. You believe the undocumented should be treated with dignity? By requisitioning some of them from Texas and depositing them in your wealthy liberal enclave, he’ll turn his ire into your theoretical inconvenience and dial up the pain if you ignore him.
Some commentators have predicted that the Martha’s Vineyard gambit will backfire on DeSantis for going too far. But it won’t. His fellow member of the stuntman guild —Trump — has already ushered in a new political age that demands greater acts of malice and spite to keep the groundlings’ attention. Like other stuntmen, DeSantis never satisfies himself with his last stunt. He’s always looking to top himself. [with Florida money] 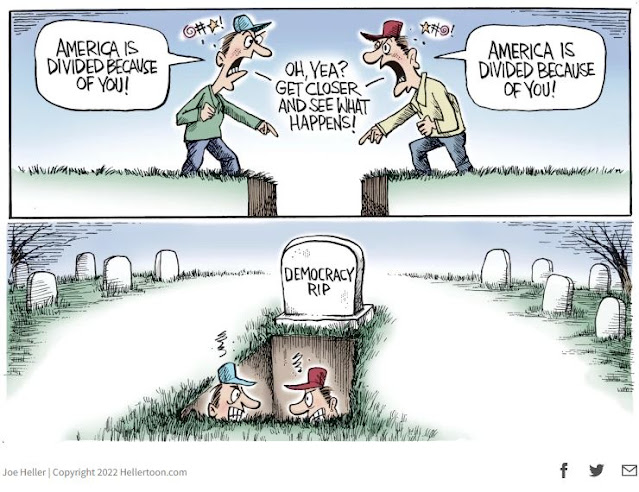