Are We A United States? 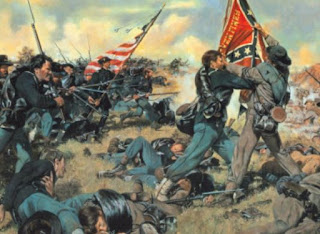 The old dividing line was called the Mason-Dixon Line which divided states along geographical borders, generally north/south. The dividing issue, some states allowed involuntary relocation (AKA slavery), others not. Even the Supreme Court of the day (SCOTUS) allowed for this divisional inequity.
*The slaveholding states saw a threat to their existence coming. Thus giving into their minority wealthy constituents (slaveholders), politicians hardened their policies to protect the slaveholders. Sound familiar?  In 1861 a bloody Civil War ensued.
The soldiers on the two sides were pawns in a social justice / protection  movement. More American died in the Civil War than World War I, World War II and Vietnam combined; 620,000. (American Battlefield Trust)
The issue then: The "states right" to perpetuate slavery. Sorry - "involuntary relocation".
This was not the first time States' Rights vs Federal authority came into question. The Whiskey Rebellion of 1794 was the first test of federal authority in the United States. This rebellion enforced the idea that the new government had the right to levy a particular tax that would impact citizens in all states. Thus Federal Laws, when at odds with States, held force. We were the United States with a central government. The Whiskey Rebellion is considered one of the first major tests of the authority of the newly formed U.S. government. History.com. https://www.history.com/topics/early-us/whiskey-rebellion
See MSNBC commentary for the latest: "Far-right threaten civil war after FBI searches Mar-a-Lago"
The dividing lines are now Red vs Blue states. As with Roe v Wade, the SCOTUS is now giving the states the political will to do as they please thus dividing the nation agan. What will be next on the SCOTUS docket?

Ted Cruz recently said, "...that the landmark case establishing nationwide LGBTQ marriage rights 'was clearly wrong' because marriage was always an issue that was left to the states. The court [in 2015] said, no, we know better than you guys do and now every state must sanction and permit gay marriage." 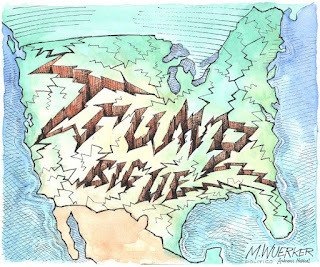 In the landmark 2015 case Obergefell v. Hodges, the U.S. Supreme Court ruled that all state bans on same-sex marriage were unconstitutional. Could this and other set-in-law precedents change?  The threat is real.

Fact - Equal protection under the law was not something left up to the states; it is a constitutional mandate; The 14th Amendment. 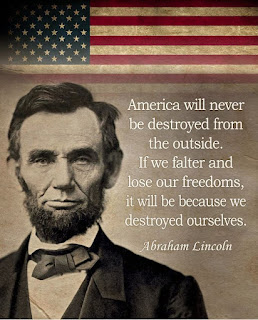 We are already seeing what overreaching state legislature with an autocratic governor can do.  Governors like Florida’s DeSantis and Texas governor Abbott are seeing which can out “mean” the other as to transgender rights.

Just as in slavery, individual states have historically proven they only will act in only their selfish interest; not in the best interests of the majority or the United States in general. In years past we could count on a reasonable SCOTUS; not now.

Just as congressional districts have been drawn (gerrymandered) to protect a party the SCOTUS ihus is stacked to provide an explicit political view.

What is legal in one state now could become illegal in another. Arrest could occur at the borders.  This occurred pre-emancipation to slaves crossing from free to slave states.

The next Un-civil War will be red vs blue – Republican vs Democratic. A reasonable majority in Americans must wake up before this get completely out of hand.

A opinion piece written by Adam Charlton summarized this perfectly:

But the tragedy of modern America is that it is mired in a civil war. Two political tribes, talking past one another, which has supercharged a now violent culture fueled by the idolization of guns.

We need to decide soon. Are we "Americans" living in a United States?

* Note: Also read "Red states are building a nation within a nation".
Donald Kettl, the former dean of the public policy school at the University of Maryland and author of the book, "The Divided States of America" stated:
"The only time I can recall in American history even remotely like this [divergence] was after the Civil War when the separate but equal doctrine began to emerge" across the South as a backlash against the attempts of the 13th, 14th and 15th Constitutional amendments to ensure equality for the freed slaves. [Currently] it's a multifront war with very sharp swords."
Posted by rhonda's escape at 7:47 AM