Casa Susanna - A Part of Our History

Tucked in a corner of the Catskills, Casa Susanna was a modest private resort where cross-dressing heterosexual men and transgender women gathered on summer weekends through the 1950s and ‘60s to live as their true selves, dressed in the ladies’ fashion of the day and engaging in bourgeois social activities such as taking snapshots. 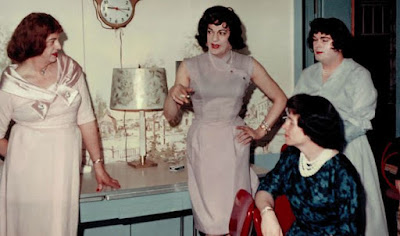 Over the past 15 years, a handful of articles, academic research, and photography exhibitions (and let’s not forget the 2014 Tony-nominated play by Harvey Fierstein) have gradually opened the door to this secret subculture of Cold War America.

Following a warmly received world premiere in Venice and screenings this week in Toronto, “Casa” lands this fall at BFI London Film Festival and select U.S. and international festivals. PBS Intl., which has global rights and is receiving strong interest, is planning an awards campaign for this year.

The stories of Casa Susanna and its host and regulars remained largely unknown until collectors Michael Hurst and Robert Swope came across a trove of snapshots at a New York flea market and subsequently published a photography book in 2005.

Lifshitz, who became fascinated with the book when it came out, was obsessed with photography as a teen and started looking for “traces of gay people and crossdressers,” assembling a large collection of his own over almost 40 years.

In 2015, while preparing an exhibition form his collection, he found out about Isabelle Bonnet, a French art historian who had written her masters thesis on the transvestites in Casa Susanna. “Isabel has made a very deep investigation—she found the real name of Susanna, she found the location of the house, she found relatives and had started to rebuild the story,” Lifshitz told Variety.

“I knew immediately this was an extraordinary story in pre-queer history. Her research was  really important to connect everything, but not enough to make a film.” 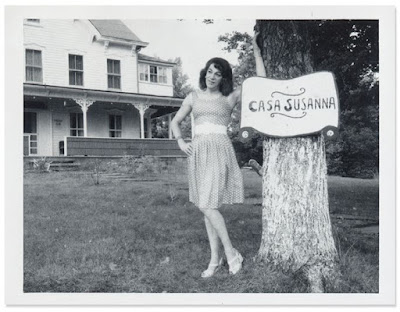 While it took a while for the deal to come together, Agat Films, ARTE France and PBS’s American Experience Films, in association with BBC Storyville, supported the project — enough to keep it moving forward, without needing the hustle of documentary markets.

“I think we wanted to protect the film in a way,” said Lifshitz, who travelled to the U.S. to see the locations and all archives. He was also looking for former visitors Kate and Diana, both octogenarians at the time of filming, and the film’s key storytellers. “I was worried that maybe they would be very shy, because you need to put yourself in a position where you can build a narrative from your life.”

Noted American photographer Cindy Sherman also had a collection of Casa Susanna snaps, Lifshitz discovered, which she agreed to share with the film. 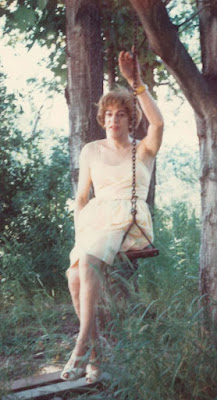 The production also struck an exclusive deal with Toronto’s Art Gallery of Ontario, which holds 340 images from the aforementioned Casa Susanna collection of amateur photos.

Perhaps most revealing are the never-before-seen archival materials, photos and film, from the offspring of Casa visitors; a few appear in the film, and their childhood memories provide a unique perspective.

“For me, found photographs and amateur snapshots are an important connection to real history,” Lifshitz said. “To convey what a period of time really was like, you need the anonymous person, you need the common people.

“It’s a way to understand social and cultural history in a more precise and complex way than we usually see.”

Times have changed! Did you ever attend?  Do You know someone that did? Please comment.

If this is your belief structure, I am assuming that many have gone to the great "Casa Susanna" in the sky and are living there as their authentic selves.