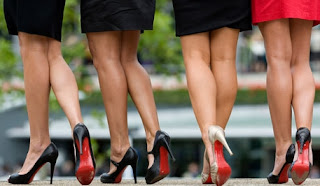 Foot and Shoe Size Differences Between Women and Men


I want to give credit for this article because it is so relevant to out thinking process and self perception.  I found it a the Trans City blog and you can read it in entirety with the link below.  I will quote parts and add my comments also.

In this article I want to address our feet, and the relative sizes of feet between men and women. The reason for this focus is that differences in foot size are stressful to both transwomen and transmen. This effect tends to be more pronounced with transwomen, as footwear is much more a fashion foundation for women than men.  However, this article will hopefully provide just a little more hope to both sides of the transgender coin.

A general perception in society is “women have disproportionately small feet/men have disproportionately large feet”, which means that transwomen are often embarrassed or ashamed of their own feet for being the size that they are. But is it really true that women have much smaller feet per their stature than men? To start to find an answer, I hit the University library and did some research on the subject.

The first study I found examined 293 male and 574 female soldiers in the United States Army, and found the following characteristics.

Both women’s and men’s shoe sizes have increased over the years, but women much more so than men. According to Time magazine:

At the beginning of the 20 century the average woman wore a size 3.5 or size 4 shoe. This increased to a 5.5 in the forties and remained this way till the 60s. By the 1970s, the average female foot was a 7.5 and now, forty years later, the most common foot size for the American female is somewhere between an 8 ½ and a 9.” (Howard, Pollak)

As a result, women’s shoes in size 11-12 are becoming much more popular, and some lines are carrying sizes up to 15. The average shoe size for supermodels is a 9 to 10, and some famous actresses sport large shoe sizes (Kate Winslet is an 11).

Comparing average shoe size to typical height relate shoes size we see this important fact:  If a 5’6” man and woman are standing side-by-side, would one be able to pick out a 1/2-inch difference in foot length? Possibly, but I’d say given how unobservant the average person is, possibly not. Looking at a broad spectrum of studies, a typical foot length size differential on a 5’6” man and woman would be closer to 1/3 of an inch or less.  Not necessarily noticeable.

MY Note:  The full article give many more facts and in summary our shoes size is not something that is as telling as we sometimes worry.  When I first started I would wear an 8 1/2 and now 9 1/2 (female size).  I don't know what happened?   In talking to girlfriends my age it appears that they have had similar increases so I not too worried.  Our overall confidence level is far more important. 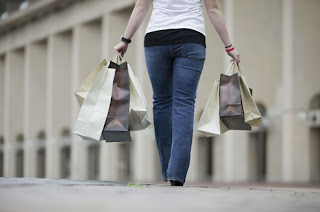 Truth: Shoe shopping is fun.  Sometimes wearing them less so.


By 1970, it was banned in 33 states and under strict regulation in the remaining 17 states, which made their operation impractical. How many remember this?

A long, long way from West, by God, Virginia