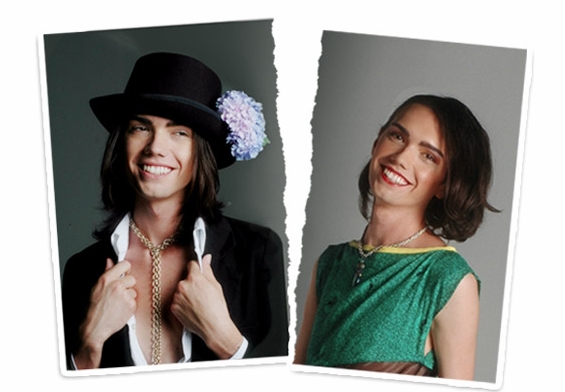 Yesterday I posted on an online magazine that featured weddings, both traditional and same-sex.  Featured as a cover girl was the androgynous model Dylan Stephens.  Also he was featured in a photo wearing a beautiful wedding dress.  Oh, I am  so envious.  After a little research I found an excellent interview with this new super star model.  It is amazing how our younger generation accepts being different in such as comfortable way. Something it has taken me years to do.

Below are excerpts from the article.  When you have the time read the whole write up and interview.

It was during Nashville Fashion Week that I first saw him, modelling in an emerging designer installation called Black By Maria Silver, a dramatic montage featuring an androgynous group of beautiful people gathered in a living room. He was extremely tall, perhaps 6’ 5” or so, towering over the rest of the cast. Wearing nothing but a pair of high-waisted wide-legged pants, platform boots with 5’ heels, and a black necklace around his neck, one might have thought at first glance that he was actually a she, except for his skinny frame and extremely flat chest.

Then suddenly, right before my eyes, he seemed to undergo a transformation. It seemed to me that he was no longer a man, but a woman. Was he the world’s most flat-chested woman ever, I found myself wondering, or the world’s most beautiful man. I really could not tell, so I just stared, looking for a clue to his sexual identity. And he, or she, stared right back, looking me straight in the eye, but not moving, not giving anything away. I could tell he knew what I was thinking, and I could tell he enjoyed every minute of my rapt attention.

But what really captured my attention was his face, serene, with limpid eyes turned down ever so slightly at the corners, an aquiline nose, and perfect ruby red lips. His dark black hair, perfectly coiffed to fit the occasion, framed his face to perfection.

Although I didn’t know it at the time, I was staring at an Androgyne, a person who does not fit clearly into the typical gender roles of their society. According to Wikipedia, Androgyny does not imply any specific form of sexual orientation. Androgynes may identify themselves as beyond gender, between genders, moving across genders, entirely genderless, or any or all of these, exhibiting a variety of male, female, and other characteristics. Androgyne identities may include pangender, ambigender, non-gendered, agender, gender fluid or intergender. Androgyny can be either physical or psychological, and it does not depend on birth sex.

There is nothing new about androgyny; cross-dressing, or “gender bending” as it was called at one time, has always existed. It was already known in Ancient Greece and in Rome, and has existed through the ages.

So thus began a journey, to where or what I’m not quite sure, but interviewing Dylan Stephens for this article was the first baby step I took in getting to know this oh-so interesting person. And now I’m going to share that experience with you. 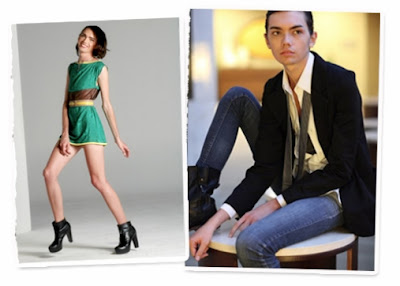