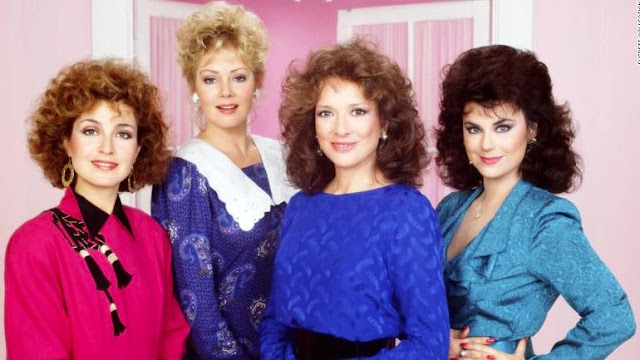 
(CNN)"Designing Women" could be coming back to TV.

ABC has given a script commitment to a show from "Designing Women" creators Linda Bloodworth Thomason and Harry Thomason for a show that would be a continuation to the CBS series that ran from 1986-1993, a source familiar with the development of the show confirmed.

Everything I needed to know about dressing as a professional woman I learned from "Designing Women". OMG, the outfits were beautiful. I had red suits like Julia, hair like Suzanne and dresses like Charlene. They were smart, professional and beautiful. I wanted to be one of them.

The writing was laser sharp. Julia (Dixie Carter) could and would say anything to her on screen sister Suzanne (Delta Burke) but heaven forbid if anyone put down Suzanne. This brilliantly written exchange is a good example:

The Night The Lights Went Out In Georgia!
The Beauty Contest, Season 1, Episode 2

Marjorie: Why, yes I am.

Marjorie: Well, I'm sorry. I didn't know anyone was here. 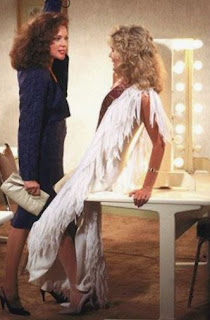 Julia: Yes, and I gather from your comments there are a couple of other things you don't know, Marjorie. For example, you probably didn't know that Suzanne was the only contestant in Georgia pageant history to sweep every category except congeniality, and that is not something the women in my family aspire to anyway. Or that when she walked down the runway in her swimsuit, five contestants quit on the spot. Or that when she emerged from the isolation booth to answer the question, "What would you do to prevent war?" she spoke so eloquently of patriotism, battlefields and diamond tiaras, grown men wept. And you probably didn't know, Marjorie, that Suzanne was not just any Miss Georgia, she was the Miss Georgia. She didn't twirl just a baton, that baton was on fire. And when she threw that baton into the air, it flew higher, further, faster than any baton has ever flown before, hitting a transformer and showering the darkened arena with sparks! And when it finally did come down, Marjorie, my sister caught that baton, and 12,000 people jumped to their feet for sixteen and one-half minutes of uninterrupted thunderous ovation, as flames illuminated her tear-stained face! And that, Marjorie - just so you will know - and your children will someday know - is the night the lights went out in Georgia!

I am so looking forward to a new updated version of "Designing Women", but nothing will ever rival some of the scenes from the original.  Here is one more from YouTube.