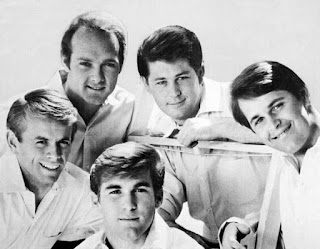 Pictured here are The Beach Boys in 1965. The Beach Boys became wildly popular because their California surf-inspired sound was so unique. Surf-rock had yet to emerge and the Beach boys quickly became the most influential American band of the sixties. With over eighty songs topping charts worldwide, they remain one of the most critically acclaimed, commercially successful, and widely influential bands of all time.

I always smile because of my song. Today is a self indulgence music interlude. Enjoy.