What is Lavender Graduation?

Lavender Graduations are annual ceremony conducted on numerous campuses to honor lesbian, gay, bisexual, transgender, queer and ally students and to acknowledge their achievements and contributions to the University.

What a lovely recognition that highlights today's pride and openness. My salute to you!


The significance of "Lavender"

Lavender is important to LGBTQ history.  It is a combination of the pink triangle that gay men were forced to wear in concentration camps and the black triangle designating lesbians as political prisoners in Nazi Germany.  The LGBTQ civil rights movement took these symbols of hatred and combined them to make symbols of pride and community. 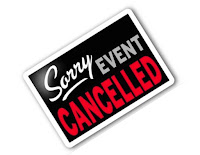 I will keep you posted on the re-schedule/place and the date of future events.


Let's hope for next year!