I Love A Success Story - B. Scott


B. Scott (born Brandon Scott Sessoms), American TV personality, radio show host & internet celebrity. He is best known for his YouTube videoblogs and website Lovebscott Following his internet-based success, he has begun to appear in mainstream media. Jamie Foxx once declared, “I love B. Scott. He’s very attractive. He looks like a cross between Prince, Rosario Dawson & Lenny Kravitz.” This acclaim helped open him to a new level of recognition. He is a graduate of the UNC at Chapel Hill.

From the Blog: B. Scott is more than just an influencer. He is a brand. USA Today proclaimed him as The Queen of Tea. Fans, followers and the media industry count on B. Scott to serve up pop culture, entertainment news and gossip that is hot, cold, with honey, sugar, or spiked.

B. Scott is widely considered to be one of the pioneers of the blogging business dropping industry-shaking exclusives featured in publications such as Variety, US Weekly, People, and Essence. He and his work are often cited on mainstream media outlets including Wendy Williams, The Real, TMZ, and The Breakfast Club. 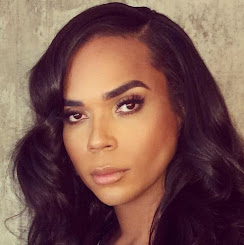 Already the most talked about blogger among other bloggers, Black millennials, and even television shows like Bravo’s Real Housewives of Atlanta, B. Scott’s lovebscott.com has become one of the most trusted websites in Black media reaching millions daily.