President-elect Joe Biden announced Tuesday that he will nominate Pennsylvania’s top health official, Rachel Levine, to be his assistant secretary of health. Levine, a pediatrician, would become the first openly transgender federal official to be confirmed by the U.S. Senate.

“Dr. Rachel Levine will bring the steady leadership and essential expertise we need to get people through this pandemic — no matter their zip code, race, religion, sexual orientation, gender identity, or disability — and meet the public health needs of our country in this critical moment and beyond,” Biden said in a statement. “She is a historic and deeply qualified choice to help lead our administration’s health efforts.” 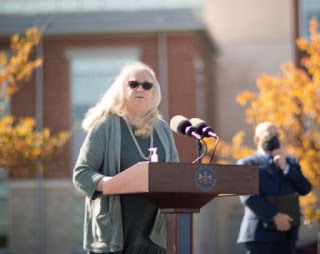