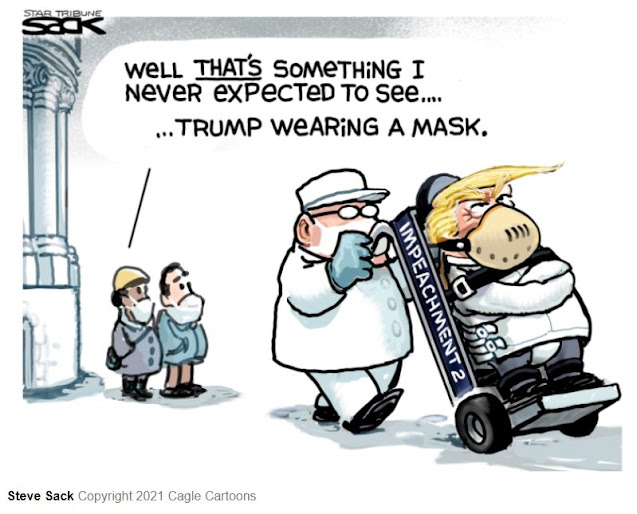 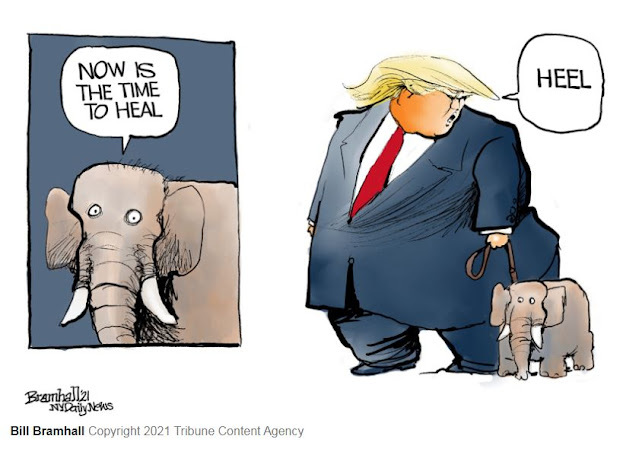 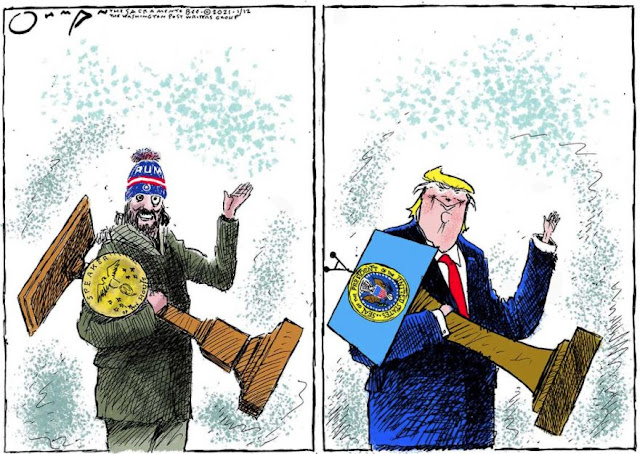 Jack Ohman-Sacramento Bee
Capitol Insurrectionists Said They Were Following Trump’s Orders
HuffPost - 1/16/2021
By:  By Paul Blumenthal
As House Republicans defended President Donald Trump from impeachment for inciting an insurrection that led to the sacking of the U.S. Capitol and five deaths, Rep. Brian Mast (R-Fla.) denounced the proceedings for failing to call any witnesses.
“Has any one of those individuals who brought violence on this Capitol been brought here to answer whether they did that because of our president?” Mast asked. He then waited silently for 20 seconds for an answer, even though House rules did not permit other members to speak during his time. He added, “It appears I will receive no answer.” 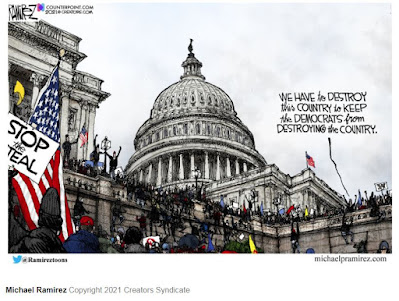 Mast’s stunt was meant to prove that insurrectionists weren’t motivated by Trump. But they were ― they’ve said so.
...At one point, insurrectionists confronted police officers, according to an on-the-ground report in The New Yorker, and one man wearing a “Make America Great Again” hat told the officers:

Stand Down. You’re outnumbered. There’s a fucking million of us out there, and we are listening to Trump — your boss.

When the insurrectionists breached the Capitol, they called out for blood. “Hang Mike Pence!” they shouted after Trump tweeted that his own vice president would not violate the U.S. Constitution and dismiss the electors from enough states to install Trump for a second term. Pence reportedly escaped running into the mob by a matter of seconds.