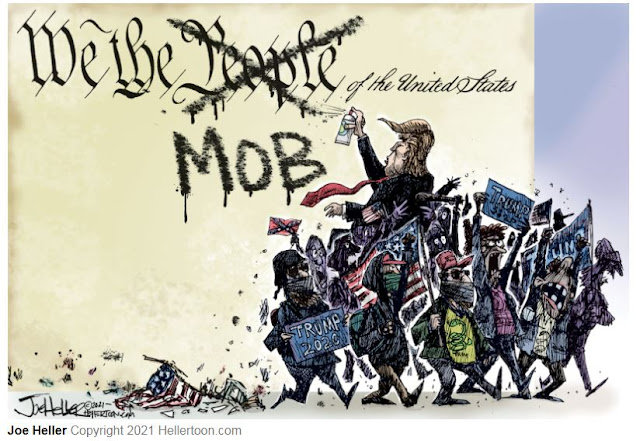 Remember these names - They voted to disrupt our democracy! They continued to support Trump's unhinged conspiracy theories even after he incited an insurrectionist mob to attack the US Capital.  Shame on you.

After the vote was finally certified [for Biden], Barry C. Black, the Senate chaplain, said a prayer in the chamber that acknowledged the violence.

These tragedies have reminded us that words matter and that the power of life and death is in the tongue.

Thanks Velma for this one