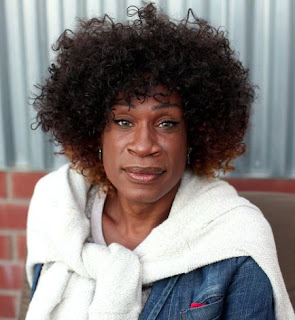 Ceyenne Doroshow (pronounced Kai-Ann) is a compassionate powerhouse performer, activist, organizer, community-based researcher and public figure in the trans and sex worker rights’ movements. As the Founder and Executive Director of G.L.I.T.S., she works to provide holistic care to LGBTQ sex workers while serving on the following boards: SWOP-USA, Caribbean Equality Project, SOAR Institute and NYTAG.

As an international public speaker, her presentations include The Desiree Alliance, Creating Change, SisterSong, Harm Reduction Coalition and the International AIDS Conferences. She was a featured emcee for Toronto Pride and MOMA/PS1’s Sex Workers’ Festival of Resistance, lifting her voice as a trans woman of color.

Gays and Lesbians Living In a Transgender Society

Ceyenne has been heavily featured in the media, has performed on television in Showtime’s OZ, for the documentaries Red Umbrella Diaries and Miss Major.

Known for her skills in the kitchen, Ceyenne co-authored the Caribbean cookbook Cooking in Heels, while incarcerated on prostitution charges. She is currently working on her second book, titled Falling Into the Fire.