The religious right is neither - However, a transgender person has provided a weapon that can use to flog us. 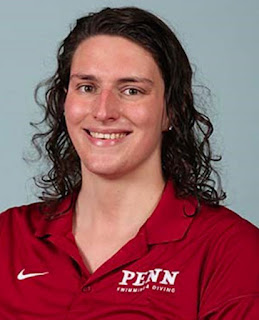 News Week reported the facts this way:
Lia Thomas, a 22-year-old trans woman from Pennsylvania, is breaking numerous college records in swimming but is the subject of fierce debate because of her status as a transgender athlete.
At the Zippy Invitational in Akron, Ohio, over the weekend, she finished the 1,650-yard freestyle 38 seconds ahead of her teammate Anna Sofia Kalandaze.
On Friday, she won the 500-yard freestyle in 4:34.06, setting a new record, Akron pool record, Penn school record, and the Ivy League record.
The next day she won the 200 freestyle with a pool, meet and program record time of 1:41.93, seven seconds ahead of second place.

_____________
I am very much in tune with scholastic-competitive swimming. Two of my daughters attended college on swimming scholarships. Many years of effort, on their part, went into getting to that point. Starting at about age 8, there was year- round 6:00 am practices plus practices again from 5:00 to 6:30 pm, 5 days a week.  Saturdays were swim meets.  My oldest daughter has continued her passion as a recognized swim coach and Masters swim participant. The tradition also continued with my granddaughter becoming an All-American diver two years running.
Swimming is about physicality, training and, motivation. I have seen many swimmers with a beautiful stroke plateau for no other reason than their physical limitations. They had reached their limit and while additional training, coaching, time in the pool, and hard work helped, physicality is what it is.
Lia Thomas said that she came to the realization that she was trans in the summer of 2018, but it took almost a full year before starting the transition process. Thomas, who is now two and a half years into hormone replacement therapy is eligible to compete as a women. 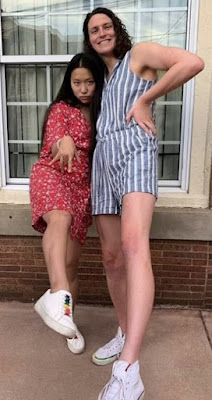 The fact remains, Lia Thomas, who transitioned around age 20, already went through puberty and developed physical advantages, pre-transition. She went through purity as a male and fully developed as a male (athlete). There are aspects of male development that hormone therapy will not undo; especially short-term. I am not sure that enough time on hormone therapy has elapsed and due to male development as a teen, she may have an unfair competitive advantage as a female in swimming.
Competitive swimming is divided by gender due to physical advantages. I agree that Ms. Thomas has the right to swim as a female and future athletes should have the right to participate in their chosen gender - As long as sports governance rules are applied. However, this may be the worst-case scenario and will not end well for sports inclusion or our community.
I have always contended that just because you can do something (either through legality or ability), it does not mean this is the best use of your effort. All of the jobs I have had as Rhonda, including the latest, I have always prefaced my disclosure with, "If I ever, as a person, reflect badly on your organization or cause the least problem, I will be the first to step back".
Stifling personal liberty is injudicious and this is the goal of the religious right (wrong),  However, putting the greater causes ahead of one's selfish motivation, may be advantageous. I hope that selfish motivation is not in play here.
I am afraid we have weaponized our detractors. This is not the success story that I like to post.
Please, your thoughts?