Kataluna Enriquez, on being eliminated early: 'I think they were just not ready'

When pageant contestant Kataluna Enriquez won Miss Nevada in July, catapulting her off to compete in the Miss USA contest as the first transgender woman to do so, she was thrilled to be a symbol of hope for not one but two underrepresented communities.

"I'm a trans woman of color, a minority within a minority," Enriquez, who is Filipino, told Yahoo Life at the time. "I"m everything that's not represented in our country, and [ready] to create conversations around what it means to be an American."

On Monday, though, her chance to do that was cut short when she failed to advance past closed-door interviews to join one of the Top 16 Miss USA finalists at the big event in Tulsa, Okla. It concluded with Miss Kentucky Elle Smith winning the crown, and going on to compete in Miss Universe, set to take place on Dec. 12 in Eilat, Israel.

But, said Enriquez, 28, who spoke to Yahoo Life by phone on Tuesday:

It was an honor just to be able to represent my community and be an example for young queer children who now know they don't need to be limited by society's standards. 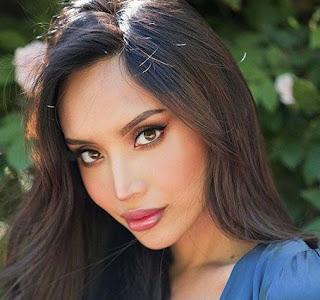 As for not placing in the competition, "I was shocked. But I was more disappointed because I worked so hard for it," she said. "I think they were just not ready."

While others in the competition, said Enriquez, were asked to share their thoughts on a range of topics during the closed-door interview portion of the contest, "my interview was solely on my transitioning," she said. "It was disappointing to me because I had so much more to offer, I had so much I wanted to talk about… Others were asked about politics, climate change, so it was highly disappointing for me because I expected more."