Maya Henry is a Toronto based actress and social media influencer. She graduated from Ryerson University with a BFA in Film Studies with a focus on film editing and screenwriting. In July of 2014 Maya created her youtube channel as a way to chronicle her transition and share her experience with the world. Three short years later, she has amassed over 19 million video views and built a youtube family of over 180 thousand subscribers. In September of 2017, Maya starred in a short film titled, “For Nonna Anna” which made it’s debut at the Toronto International Film Festival and won a Special Jury Prize at the 2018 Sundance Film Festival.

I have experience with acting, modelling, film editing, and working with companies on sponsorship opportunities. I am flexible when working to meet the needs of my clients and guarantee a professional, high quality collaboration. 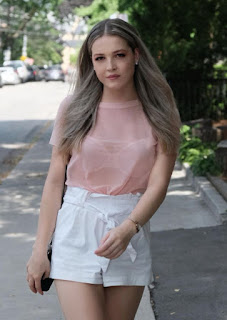