Jeopardy's First Trans Champion Credits Practice, the Brain She Was Born with and Her Background for Success

By Aaron Parsley
December 24, 2021
Tournament of Champions contestant Amy Schneider has earned $631,400 in her 16-day winning streak on the show
She's racked up a whopping $631,400 so far during her historic Jeopardy! journey — and now Tournament of Champions contestant Amy Schneider is getting recognized at the supermarket.
"It's a fun feeling," she told Yahoo Entertainment of finding fans in the aisles of her local Safeway.
"I did have the moment, after that, thinking, 'If this ever stops becoming nice, I don't have a way to stop it,'" she adds. "But I'm not too concerned … I'm not going to be, like, Tom Hanks–level famous or anything! So, I think it'll be manageable."
Schneider, 42, became the first transgender contestant to compete in the game show's annual tournament for winners of five episodes earlier this year. She's now on a 16-day winning streak.
It will come as no surprise to her friends and family who've known about her lifelong love of Jeopardy!
She says in the interview:

I've always watched it and I've also always been interested in learning facts and stuff, and as I mentioned on the show, in eighth grade I was voted Most Likely to Be on Jeopardy! One Day. It was always sort of in my mind that it might be something I did at some point."

When it finally happened, Schneider was prepared. "Just coming from a family that was well educated, valued education and knowledge in general … gave me a great head start," she told Yahoo. 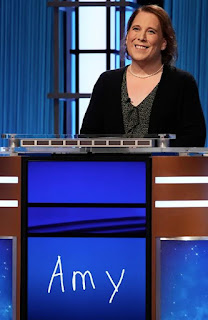 In a recent essay, she also acknowledges arriving at the trivia show starting line with some advantages. "I was born with a brain that, for whatever reason, retains knowledge well," she admits in "How I Got Smart" for Defector. "Another factor, of course, is my privilege. Unlike most people in history, I wasn't born into grinding poverty, and my parents believed in the value of knowledge as its own reward. Moreover, I am white, and until well into adulthood, was perceived as male."
"Anything that can be done to show trans people as just normal people I think is a great thing," she says. "We want to get to a point where trans people are less pioneering and like, you know, that the first trans person to do whatever is just kind of like, whatever! Why wouldn't a trans person do that? Like, they could do anything that anyone else can do, and there's nothing unusual about it."
Beyond that, she says, "I don't actually think about it that much."
"I was definitely aware, going on the show, that being a trans person in the spotlight could be an interesting thing," she says. "But, you know, it's just what I am, and there's sort of, like, nothing to do about it. It's just who I am."
____________________
WOW! A success story we can all love! 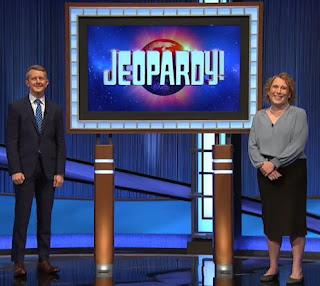