“It is with great sadness that the Hurt family mourns the passing of William Hurt, beloved father and Oscar winning actor, on March 13, 2022, one week before his 72nd birthday,” his son wrote. “He died peacefully, among family, of natural causes...."

William Hurt, an Oscar winner for Kiss of the Spider Woman who often played a quiet intellectual in his early acting roles but later took more strident turns in science fiction and Marvel films, died today, a week before his 72nd birthday.

That it was. The chemistry between Turner and Hurt, well, was HOT.  What made it interesting was it was mostly filmed in Lake Worth, next town below Palm Beach, with scenes at a home in Manalapan that I knew.  Many of the places I recognized including the Lake Worth Pier.

There were many scenes that talked about the South Florida summer heat. Turner and Hurt cooled down the best way they could including a bath tub scene with ice.  Unforgettable! 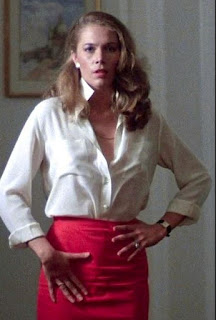 There are several lines from the movie that are unforgettable as well - Matty Walker to Ned: "You aren't too bright. I like that in a man."  At the end Ned finally got the full understanding of what has happen and he describes Matty as "Relentless".

The film launched Turner's and Hurt's career. Also many others including Ted Danson and Mickey Rourke.  Empire magazine cited the film in 1995 and named Turner as one of the "100 Sexiest Stars in Film History.  In my book #1.

Rotten Tomatoes gives the film a 98% approval rating based on 42 reviews, and an average rating of 8.10/10. The site's consensus states, "Made from classic noir ingredients and flavored with a heaping helping of steamy modern spice, Body Heat more than lives up to its evocative title".

William Hurt will be missed as an actor, who had a remarkable career and remained active up until the end. For me he will always be the unforgettable "I finally figured it out in the end", Ned Racine.

The movie also had a haunting sound track by John Barry that I enjoy from time-to-time.