For The Modeling Industry, The Future Is Transgender

Before Casil McArthur caught the eyes of industry heavyweights, he was held up in Colorado, exploring his gender through cosplay. McArthur considered the form of fantasy dress up to be one of the only outlets he had to explore, and get comfortable with, his gender identity. "It takes a lot of hard work, a lot of dedication — a lot of late night conversations with yourself," he says, admitting he didn't like himself before transitioning. 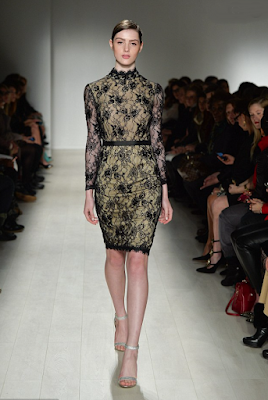 "I had no energy, no drive. I felt like I was a black hole. I had pretty bad gender dysphoria up until I was able to get my top surgery done, even though I had been on hormones for a good amount of time leading up to then." Last year, photographer Collier Schorr shot him for Italian Vogue, pre-surgery, which led to a 16-page spread with Steven Meisel in W, a campaign for Kenneth Cole, stints on the Coach and Marc Jacobs runways at New York Fashion Week, and more. "I've always been comfortable in front of the camera, but that weight on my chest caused massive insecurity no matter what I did."

Upon his entry to the fashion industry, he was met with another identity challenge: Would he model openly as a transgender man? Or did he even have to? "Because I started modeling so young (at 10 years old), there was no point in hiding that part of me going into male modeling. It was out there already," he maintains. But McArthur was hesitant, not wanting to be seen as a transgender model, and thus separated from his peers. "I just wanted to be a male model. I was scared to be seen as a trans man." His concerns with his outer appearance are valid, considering the physical requirements for male models, too — and, at one point, McArthur thought transitioning would mean the end of his career. Being open about his gender allowed him to pursue his dream without the fear of being outed, being made to fit in a gender that wasn't his, or the ultimate trap: being typecast.

"Being open about my gender in the industry, I don't have anxieties over people finding out I am trans. It forces me to love myself as a trans person and to see the beauty in this experience. It helps me realize that this is completely normal, and every trans individual deserves to feel normal about themselves," he says. Sentiments like this are frequent on his Instagram, where McArthur often calls on the industry for radical improvements to the way it regards transgender models. "We are not modeling being transgender. We are modeling the clothing, the art, the fashion, and so many other things that are not focused on our gender. Your gender can't hold you back."
Posted by rhonda's escape at 5:00 AM