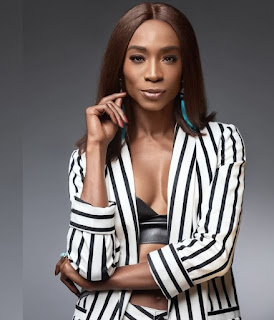 My Note: Be sure to watch her video.

Wikipedia: Angelica Ross (born November 28, 1980) is an American actress, businesswoman, and transgender rights advocate. A self-taught computer programmer, she went on to become founder and CEO of TransTech Social Enterprises, a firm that helps employ transgender people in the tech industry

Ross began her acting career in the web series Her Story (2016), after which she received further recognition and critical acclaim for her starring roles in the drama series Pose (2018–2021) and the anthology horror series American Horror Story (2019–present), both from FX.

Just before President Joe Biden delivered his State of the Union address, Angelica Ross offered a few of her own suggestions as to what the administration’s goals should be.

The “Pose” and “American Horror Story” star teamed up with Logo TV for its annual “LGBTQ State of the Union,” released Monday. In the clip, she urged Americans to hold their lawmakers accountable for failing to protect LGBTQ people from violence ― and suggested that the Biden administration step up its game in that regard, too. 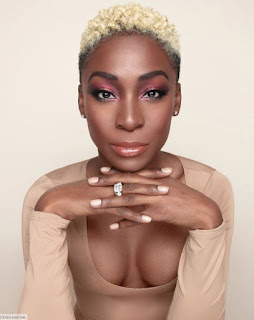 “I’m not going to stand here and lavish the current administration with praise for doing the bare minimum,” she said. “President Biden, many of our Black trans sisters and siblings gave you our vote because you told us you could reach across the political aisle and dance with the devil in the pale moonlight.”

“You say trans youth are brave and claim to have their backs,” she continued. “Yet your administration has not done enough to sufficiently protect them. Talk is cheap. We need you to act.”

Elsewhere in the address, Ross offered some sobering statistics to back up her claims. According to the Human Rights Campaign, 2021 was the deadliest year on record for transgender and nonbinary people across the U.S., with at least 45 reported fatalities.

She also pointed to Republican Texas Gov. Greg Abbott’s recent directive to classify gender-affirming care for trans children as child abuse, as well as many other bills introduced in more than 30 U.S. states that could block trans youth from school sports, bathrooms and health care.  Ross said:

Adult lawmakers are leveraging powers bestowed on them by voters to target children. The young people who will be impacted by these bills aren’t even old enough to vote yet. If you’re not appalled, you’re not paying attention.”

Though it’s unlikely Biden would have had time to view Ross’ remarks in advance, he reiterated his vow to pass legislation to better protect LGBTQ people during his own address this week.

“As I said last year, especially to our younger transgender Americans, I’ll always have your back as your president, so you can be yourself and reach your God-given potential,” he said.