All Twisted Up by Gender Bending

A surprising realization about her ex’s new girlfriend makes a writer question what it means to be a woman.


My Notes: Have you ever wondered how females feel about our deliberate and inherent femininity; especially when we can do it so well?   The female writer below has an epiphany similar to us when she dressed as a man. Does this sound familiar?


“I don’t know why you’re acting like this is a joke,” he said. “It’s obvious from those pictures you aren’t joking. I wanted to tell him what a relief it had been for me to stop trying so hard to be feminine….


Reverse the pronouns and substitute masculine for the feminine in the above quote.  This is an article that describes our sense of how we feel uncomfortable and trapped.  However, this article goes further and helps us see how those who know us could be envious and act out in a manner that is the opposite of how we sense their reaction.  Not all women are as certain about their feminine identity as we are. 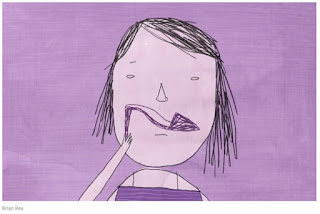 I had asked my ex-boyfriend if I could spend the night at the house he owned in his hometown while on my way to meet friends for a camping trip. When he realized he would be late getting to town, he told me to wait for him at his parents’ house. I didn’t ask about his new girlfriend, and he didn’t bring her up.

A few months earlier, his sister-in-law had told me he was seeing someone, but at that point I didn’t know anything about her.

When I arrived at the house of my ex’s parents, his father opened the door and bellowed, “Delace!” before crushing me to his chest in a bear hug. “You’re a sight for sore eyes.”

Ushering me into the living room, he shouted to his wife, “Honey, look who it is.”

Back when their son and I were together, I think they had hoped we would marry, have children and settle down into a traditional life. But it didn’t work out that way.

After we sat down, he started talking about his son’s new girlfriend as I smiled gamely, not letting on that I knew nothing about her. But when he referred to her by name, I realized I knew exactly who she was.

“Do you know much about her background?” his father asked.

I swallowed, started to speak, then shook my head no.

I thought back to the first time I saw her. My boyfriend and I were having cocktails with a couple we knew, in their tiny living room. They were telling us about their friend who was thinking about buying a place nearby.
Continue reading the main story

“You have to meet her,” Bill said. “She’s fabulous, so glamorous. She’s a former model and just everything. Let me show you.”

He scurried into the other room and came back with a stack of pictures.

“Here,” Bill said, scooting in next to me on the sofa, holding one of the images out. My boyfriend pressed close to see. “It was taken at our last Halloween party.”

She was tall and striking, with almond eyes and long dark hair, dressed as a gypsy in green silk, towering over the men on either side. She was, indeed, fabulous. Smiling at the camera, her head tilted to one side.

I took the picture, looked closer, and asked, “Has she always been a woman?”

Bill looked at me with surprise. “How did you know?”

I may have correctly guessed that one detail about her history, but I didn’t know enough about her to satisfy the curiosity gnawing at my gut now that she was my ex’s new girlfriend.

After returning from my camping trip, I scoured the Internet for everything I could find about her. She was impossibly stylish, one of those women who can walk into a store, come out with an armful of clothes and jewelry I would have passed over and put them together in sophisticated, elegantly accessorized combinations. She was beautiful and hip in ways I was not. I felt the knot in my stomach harden.

This wasn’t my first breakup. I had struggled with jealousy and insecurity before when an ex moved on. But this time, I was starting to question myself in ways I hadn’t expected. This time, the jealousy was about something more.

Three months after that visit with my ex and his family, when I was between jobs and places to live, I asked him if I could stay at his place again for a few nights. When I showed up, her things were everywhere.

In the guest bedroom, the closet had been given over to her dresses: Dolce & Gabbana, Armani and designer names I didn’t even recognize on garment bags. I didn’t dare touch them for fear of ruining them.

A queasy wave washed over me as I wondered: How could he choose someone so different from me? I was prepared for him to date other people, but I wasn’t prepared for her.

I didn’t want her history to matter. It didn’t matter to my ex. But standing in her closet, I couldn’t deny the fact that to me, it did. And the reason was this: I assumed she felt a degree of certainty in her identity as a woman that I didn’t feel.

My assumption was presumptuous, I admit. I didn’t consider that I was seeing only one aspect of who she was. I didn’t think about the stigma she must have suffered or the pain she may have endured just to be herself.

Instead, surrounded by the kinds of feminine dresses I had felt so awkward in, I was envious of the woman who could wear them so well. All I could think was: Is this what it means to be a woman? Because if it is, I’m not even in the ballpark. I don’t paint my nails or accessorize or wear dresses.

As a child, I preferred boys’ clothing and toys, and while I didn’t feel like I was in the wrong body, I wanted to be a boy. When I was 7 or 8, watching a comedy show about someone being unwittingly prepped for a sex change operation, I asked my parents what a sex change was. After they explained, I asked if I could have one when I grew up.

As I got older, my wardrobe was packed with jeans, flannel shirts and tube socks, and rather than fantasizing about being the woman with James Bond, I fantasized about being James Bond. I saw myself as bigger and tougher than I was. I didn’t really want to be a boy, but I still didn’t really feel like a girl.

As a teenager, I still didn’t feel feminine, but I began to like the way it felt when men paid attention to me. So I tried to figure out how to look and act more like a woman.

My models were the big-haired, big-breasted, thigh-high-booted women of heavy metal videos. And because what I wanted was the attention of men, I confused sexy and feminine, leading to disastrous fashion choices involving jeans and lingerie and suit jackets. I got the attention I craved, but I never fully inhabited the part.

About a month before my boyfriend and I broke up, I decided to try expressing my gender differently for a night.

We were living in different cities, and it was Halloween, and I had been invited to a couple of parties. The last thing I felt like doing was competing to be the sexiest witch or something equally silly, but then it occurred to me that I didn’t have to compete; I could go in drag. Not cute-girl-with-a-penciled-on-mustache drag. More like, see-if-I-can-pass-as-a-man drag.

All night long, with my chest bound flat and a carefully constructed mustache and soul patch under a stoner-dude knit cap, I was thrilled to discover that I could pass as a man.

Men were more easily fooled than women, but even when women weren’t fooled, they looked at me differently, like I wasn’t a threat. And when men looked at me, they weren’t assessing their appetites. For a few hours, the rules were different.

A friend even commented on the convincing masculinity of my mannerisms: “Wow,” she said. “You’ve got the gestures down and everything.”

But I hadn’t changed anything about my mannerisms. And in that moment, I felt like someone else was seeing what I had seen in myself: that my inner sense of androgyny was reflected in ways I carried myself like a man.

I didn’t mention the costume to my boyfriend until the next day, when I emailed him pictures. “What did you think?” I asked him on the phone that night. “It’s crazy, right? I totally look like a dude.”

I laughed. He didn’t.

“I don’t know why you’re acting like this is a joke,” he said. “It’s obvious from those pictures you aren’t joking. I don’t know what you’re doing, but it isn’t normal.”

I wanted to tell him what a relief it had been for me to stop trying so hard to be feminine or sexy. But after his comment, there was nothing to say.

Standing in the closet that day at my ex’s house, surrounded by his new girlfriend’s dresses, I wondered if he was already seeing her at that point, and if my gender-bending rankled because he was suddenly dealing with too many blurred boundaries.

Or maybe the contrast between a woman with an uncertain relationship with femininity and one who embraced it had clarified what he wanted?

She had defied both convention and biology to reflect the truth of who she really was. I had stumbled around the outskirts of femininity in a play for love and attention, trying to find a dress that fit.

In the end, it’s no wonder she made the transition better than I did.


Delacey Skinner writes and directs ads for progressive causes and candidates in Washington. 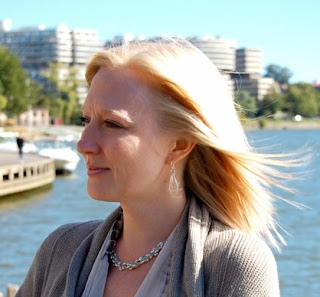