Etymology is the study of the origin of expressions  and the way in which their meanings have changed throughout history.  An idiom is a word or phrase that is not taken literally, like “bought the farm” has nothing to do with purchasing real estate, but refers to dying. Idiom also refers to a dialect or jargon of a group of people, either in a certain region or a group with common interests, like in science, music, art, or business. 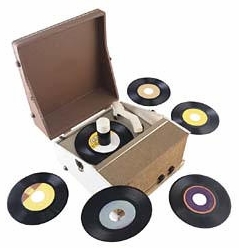 Idioms are also not to be confused with proverbs, which are simple sayings that express a truth based on common sense or practical experience.

There is one such expression that we have seen move into the category during our lifetime.  “You sound like a broken record”.  We all know what it means but must recognize that since the CD became commercially available in 1972, there is an entire generation that has never heard the sound of a “broken record”.  Vinyl records are making resurgence so this annoying sound may be still around for a little while longer.

There is another expression, not exactly an idiom, that is moving into obsolesces -  “Roll up the window”.  With the almost exclusive use of electric car windows, sooner or later some smart kid is going to look at you and ask "do you mean put up the window?"  Feeling old yet? 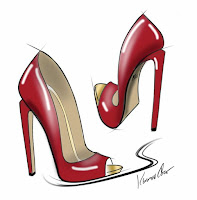 So what is the idiom there?  During the 16th century, European royalty, such as Catherine de Medici and Mary I of England, started wearing high-heeled shoes to make them look taller or larger than life.  By 1580, men also wore them, and a person with authority or wealth was often referred to as "well-heeled". (From Wikipedia, the free encyclopedia)

So are you well heeled?  I hope so, in both sense of the expression. 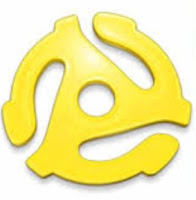 Do You Know what this is?
Posted by rhonda's escape at 7:05 AM