Note: I found this article many years ago and just filed it.   It still seems relevant and has an interesting side story about Terri O'Connell.


A growing number of Americans are taking their private struggles with their identities into the public realm. How those who believe they were born with the wrong bodies are forcing us to re-examine what it means to be male and female.


Growing up in Corinth, Miss., J. T. Hayes had a legacy to attend to. His dad was a well-known race-car driver and Hayes spent much of his childhood tinkering in the family's greasy garage, learning how to design and build cars. By the age of 10, he had started racing in his own right. Eventually Hayes won more than 500 regional and national championships in go-kart, midget and sprint racing, even making it to the NASCAR Winston Cup in the early '90s. But behind the trophies and the swagger of the racing circuit, Hayes was harboring a painful secret: he had always believed he was a woman. He had feminine features and a slight frame—at 5 feet 6 and 118 pounds he was downright dainty—and had always felt, psychologically, like a girl. Only his anatomy got in the way. Since childhood he'd wrestled with what to do about it. He'd slip on "girl clothes" he hid under the mattress and try his hand with makeup. But he knew he'd find little support in his conservative hometown.

In 1991, Hayes had a moment of truth. He was driving a sprint car on a dirt track in Little Rock when the car flipped end over end. "I was trapped upside down, engine throttle stuck, fuel running all over the racetrack and me," Hayes recalls. "The accident didn't scare me, but the thought that I hadn't lived life to its full potential just ran chill bumps up and down my body." That night he vowed to complete the transition to womanhood. Hayes kept racing while he sought therapy and started hormone treatments, hiding his growing breasts under an Ace bandage and baggy T shirts.

Finally, in 1994, at 30, Hayes raced on a Saturday night in Memphis, then drove to Colorado the next day for sex-reassignment surgery, selling his prized race car to pay the tab. Hayes chose the name Terri O'Connell and began a new life as a woman who figured her racing days were over. But she had no idea what else to do. Eventually, O'Connell got a job at the mall selling women's handbags for $8 an hour. O'Connell still hopes to race again, but she knows the odds are long: "Transgendered and professional motor sports just don't go together.

The complete Newsweek article can be found here:


RETHINKING GENDER: WHAT MAKES US MALE OR FEMALE?


Also read the rest of the story about  Terri O'Connell. 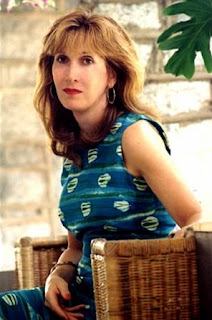